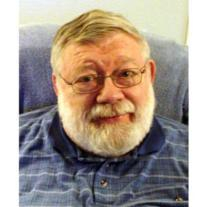 Mark L. Olsen was born March 1,1947 in Sheboygan, WI to Roy and Anita Olsen as their second son. He grew up in the upper peninsula of MI before moving to Prescott, AZ for his mother’s health. He attended the University of Arizona where he received his degree in math and his Master’s degree in accounting with honors. During this time he met the love of his life, Irene, and they were married in August 1969. They moved to Phoenix, AZ where Mark joined the prestigious firm of Arthur Andersen as a CPA and excelled in tax accounting. Their first son, Brian, was born in 1972 and their second son, Erik, in 1975. His firm sent him to Houston, TX for two years where a third son, Andrew, was born in 1978. Later that year they moved to Mission Viejo, CA where he continued to work for Arthur Anderson until he joined a local accounting firm and from there started his own partnership with two friends. In 1981 and 1985, God blessed him and Irene with two lovely daughters, Stephanie and Tracy, thus making a full infield for his baseball team. In 1986 he joined a firm that later became Kramer & Olsen Accountancy Corporation as the tax partner. It has been said that he was the best tax man in Orange County.

Mark felt very strongly about raising his children in a Christian atmosphere and referenced Joshua 24:15, ‘But as for me and my household, we will serve the Lord.’ He also wanted all teenagers to have the same opportunity to learn and grow in Christ. Mark was a strong supporter of CLHS (California Lutheran High School), serving on the board for over 25 years, and was instrumental in establishing the school’s permanent location. Many remember him cheering in the end zone and on the sidelines at football and other sports games as well as enjoying all the concerts put on by the high school students. He showed his appreciation for many called workers by providing financial advice and tax preparation. His life of service also included membership on the board of the Lutheran Credit Union for many years.

He played basketball, tennis and baseball in his youth, and was an Angels and Dodgers fan for a long time. He loved to tell us stories of his baseball games, where he played first base, with his brother, Richard and his Dad pitching! He was an avid fan of Jeopardy, trivia games and crossword puzzles. A former trombone player, he had a great fondness for music ranging from classical to big band to folk, and he passed this love on to his children.

Despite a sometimes gruff exterior, he was a softy once you got to know him. He was a generous man and always willing to help wherever he was needed. His love for his family was shown on a daily basis and he set a wonderful Christian example for his children. He was overwhelmingly proud of all his children. Becoming a grandpa was truly a delight for him. He loved being with his three grandchildren, Tyler 3, Charlie 1 and Kellina 8 months.

Be faithful, even to the point of death, and I will give you the crown of life. — Revelation 2:10

In lieu of flowers, Donations can be made to: