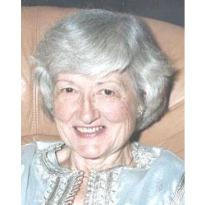 Marjorie graduated from Huntington Park High School in 1936.  She attended Woodbury Business and Professional Arts College of Los Angeles and graduated in 1939 with a major in Interior Design.

She worked at Lockheed Aircraft where she met and married her husband of 40 years, Raymond Lorenz.  She was widowed in 1985.

Marjorie was an entrepreneur and career woman, owning her own Interior Design business for 23 years.  She was a member of Zonta International service organization for women.

Marjorie is the beloved mother and stepmother to Jeanette Bush, Tim Lorenz, Sandra King, Pat Jennings, Renee Lorenz & Clara Davis.  She is the dear grandmother to 20 grandchildren and 26 great grandchildren.

Marjorie was a deeply devoted mother to her children and grandchildren.  She is remembered for her generosity and willingness to sacrifice her needs for those of others.  She will be sorely missed and remembered for all her outstanding attributes.