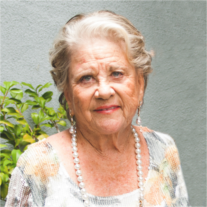 On the evening of September 5th, 2016, Marjorie passed away suddenly of an apparent heart attack. Marjorie was at home with her husband at the time of her passing. Marjorie was 79 years old.

Marjorie (Poling) was born in Washington, D.C. on January 19th, 1937. She was the oldest of four children. Her family moved from D.C. to California in 1944. The family settled in Downey for a time and then moved to Long Beach where she attended Jordan High School and where she met her future husband, LeVern (Cal) Carnahan. Marjorie and Cal were married on July 21st, 1956. The couple recently celebrated their 60th wedding anniversary at a reception at the home where they renewed their wedding vows.

Marjorie is remembered as a loving daughter, sister, wife, mother, grandmother and great grandmother. She was known for her generosity and making everyone she knew feel loved. And she loved her two dogs, Penny and Lilly.

Those who knew her remember her many interests and talents. Family members said “she could hunt, clean and cook any wild game, elk, deer, etc.” Some of her other interests were sewing, knitting, sailing, street rodding, and deep-sea fishing. She was very well known for her pies. Marjorie and Cal belonged to the Alamitos Bay Yacht Club, Saddleback Rods, and the Dana Point Yacht Club among other organizations. In the past decade Marjorie took up oil painting with a passion and produced numerous works depicting her favorite landscapes in people in her life that her family described as “masterpieces”. Marjorie and Cal enjoyed travel both in the United States and internationally.