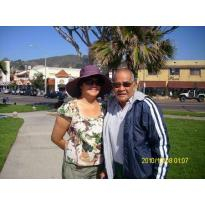 Mario ‘Dodoy’ R. Balledos, 71, of Laguna Woods California, by way of Iloilo City Philippines, passed away, suddenly and unexpectedly, on June 5, 2011, in Laguna Hills California while performing the work he so enjoyed caring for persons with disabilities.

Beloved husband of Leticia M. Balledos and ever-loving father of seven beautiful children. He was a dedicated worker, serving persons in need through care giving. A truly selfless man, Mario cared for the happiness and well-being of his family, friends, and those around him Always. Mario, a devoted Catholic, touched everyone with whom he came in contact because of his special heart His giving of love, caring, and compassion was boundless.

Mario and Leticia married September 23, 1963 in Iloilo City, Philippines and reared a family of seven beautiful children – two girls and five boys. He worked as an accountant for Pepsi Cola Corporation in the Philippines for many years prior to coming to The United States of America, with his wife, in 1992. Mario worked as a caregiver for the Elderly and at risk populations for the last 19 years dedicating the last decade of his life to working with persons with disabilities at Good Shepherd Lutheran Home.

Mario enjoyed playing chess, watching basketball Lakers, Boxing especially Mike Tyson and Manny Pacquiao, and professional wrestling. Action films were his favorite movies and he enjoyed watching Jeopardy daily. Being surrounded by his wife and children – seeing them happy, smiling, and laughing together was Mario’s greatest joy in life.

Please join the family to celebrate his life.