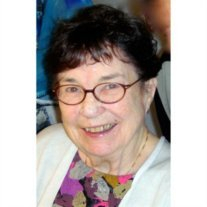 Lyn was born in Palm Beach, Florida, the daughter of Arthur and Ruth Maurer. She grew up in Three Rivers Michigan, and later attended Western Michigan University, in Kalamazoo, where she received a degree in occupational therapy. It was at WMU that she met the love of her life, Carl Schiller. The two were married in 1948 shortly after their graduation, and Lyn gave up her career as an occupational therapist when she and her husband decided to start a family.

Lyn moved to California in 1957 with her husband Carl, and in 1966 Lyn and family relocated to Orange County. She would spend the next ten years supporting the coaching career of her husband, the various sports endeavors of her children, and managing a household of seven. In the eighties and nineties, Lyn and Carl would spend their time traveling. She loved the ocean, and would spend much of her vacation time swimming, or walking on the beach. When medical issues began to make it difficult for her to travel, Lyn enjoyed family get-togethers. She would always say that there was nothing better than spending time together with family.

After battling a number of health issues and spending much of her time hospitalized, Lyn asked to return to her home where she could spend the remainder of her time with her family. Lyn passed away peacefully, a short time later, and is now present in heaven with her Lord and Savior, Jesus Christ.

She will always be remembered for her immense love for her family, her quick wit, infectious optimism, and the grace she gave freely to others. She is survived by Carl, her husband of 65 years, her five children: John, Jeff, Liz, Andy, and Chris; her seven grandchildren: Erin, Evan, Lejf, Tami, Hailey, Brett, and Ethan; her three great-grandchildren Laura, Julia, and Elizabeth; and daughters-in-law Nancy, Kerri, and Cathiy. She also leaves behind all those she touched with her gentle kindness, whose lives were made brighter from knowing her.

A funeral Mass will be held at St. Nicholas Catholic Church in Laguna Woods on Friday, April 26, 2013 at 9:00 a.m., followed by an interment graveside service for family members at Mission San Luis Rey in Oceanside, CA.