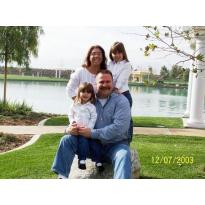 On April 16, 2008 the Lord called Marianne Radicia to his side. A special person here on earth, a special place in heaven would be set, just for her.

Marianne’s smile lit the room and her eyes twinkled like the sun’s rays upon tranquil waters. Marianne never sought reward for any deed. She gave selflessly, without question, to anyone who was in need. To those who knew Marianne Radicia the blessings of her presence will forever be missed but never forgotten.

To my father, she was not just a wife she was a soul mate. To me, she was more than a mother she was a teacher, healer, and above all else, my biggest fan. She was Oma to her granddaughters. But above all that, to so many people whom she crossed paths with, Marianne was not just a name, she was a friend, a caregiver, a confidant. But, as one very eloquent lady put it, my mother was a Saint. There was never a time when she placed her own needs, above those of others.

My mother always told me, ‘The Lord will never let you have more pain than you can handle’ before he calls you to his side. For many years I wondered just how true that was. I watched as crippling injuries and rheumatoid arthritis cruelly destroyed her.

On April 16, 2008, the Lord answered that question by calling my mother to his side. As she lay there in her passing, for the first time in two decades I saw her without pain and without suffering. Once again, my mother’s pain-riddled and disfigured body was whole, as the Lord had intended it.
In the wake of her death, Marianne leaves behind her beloved husband Louis Radicia, her son Anthony, his wife Christina and their two daughters, Ciarra and Chelsea. She also leaves behind her sister Antonie BaÃ±uelos and Antonie’s adult children, Linda and Rigoberto BaÃ±uelos.