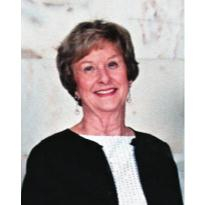 Marian Ferguson, 81, passed away on April 2, 2011 in her home surrounded by her family. She enjoyed life to its fullest until the very end.

Her smile, positive attitude and fun spirit made her a delight to be around. She was a faithful servant, cheerful volunteer and loyal friend.

She was born to Howard and Helen Fitterer Watchie, who preceded her in death along with her second mother Katherine Ryan Watchie, her brothers John and Dick Watchie and her sisters Emma Park and Mary Pat Heins. She is survived by her three children and their spouses, Laurie and Bill Caya, Liz and Darrin Stafford, and Russell and Carol Ferguson as well as six loving grandchildren, James and Katie Caya, Megan and Jessica Stafford, and Kyle and Andrew Ferguson as well as her faithful friend Glenn Hittner; sister Rita Baker and brothers Tim Ryan and Fr. Michael J. Ryan.

A Funeral Mass will take place Thursday, April 7, 2011 at 10:30am at St. Kilian Catholic Church, 26872 Estanciero Dr., Mission Viejo, CA. A luncheon reception to celebrate her life will immediately follow the Mass.

Donations may be made in Marian’s name to the American Cancer Society or the Susan B. Koman Breast Cancer. Inurnment will take place at a later date at the family plot at Calvary Cemetery in Seattle.