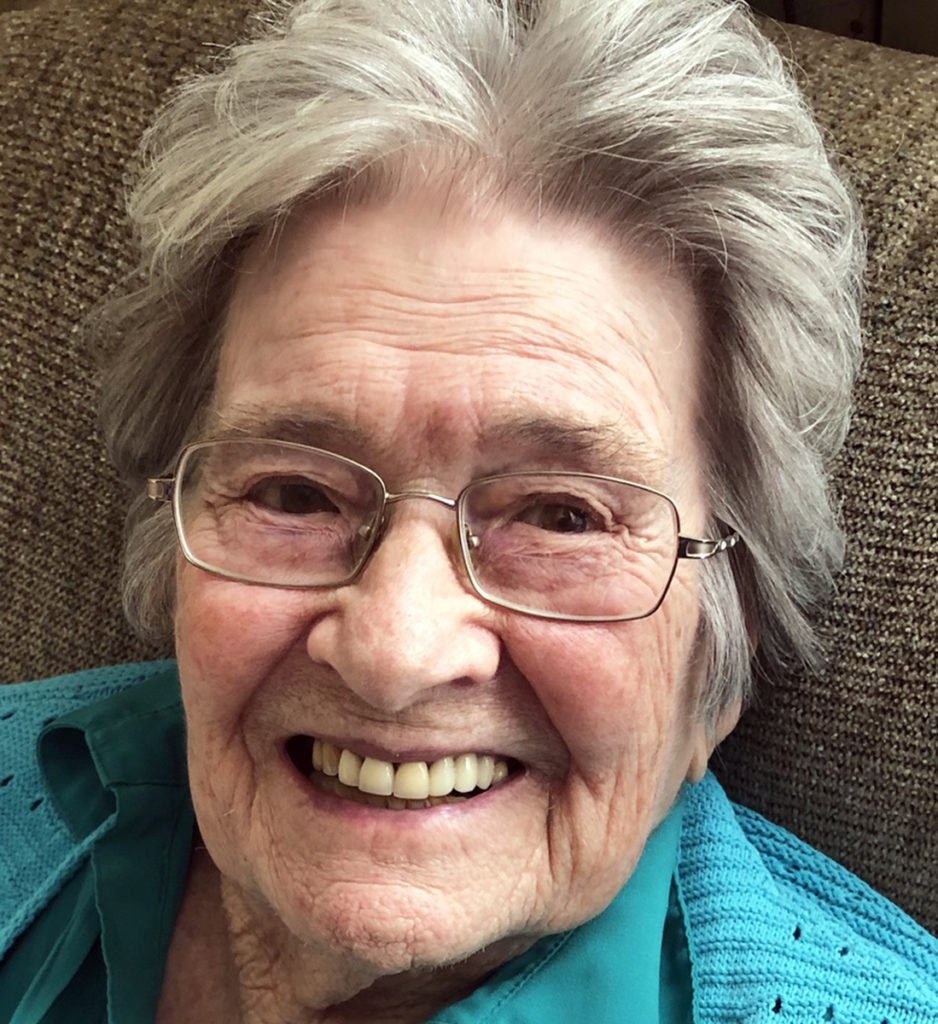 Marian Spencer passed away peacefully on Saturday morning, January 23, 2021 at the board and care home that she shared with her husband Leland (Lee).  Marian was born on February 18, 1923 in Los Angeles, California, and was less than a month away from her 98th birthday.  Lee always said of Marian that she was “born happy and never recovered”.  Those who knew and loved her understand how true those words are!

Marian’s parents, Warren and Ivy Rogers, were also native Californians, born in Los Angeles and San Luis Obispo respectively.  Marian was the second of their four daughters. Ellen, Marian, Lois, and Frances all grew up in their family home in Los Angeles and attended Manual Arts High School.  It was there, in her junior year, that she met Lee in a music appreciation class. Two years later, August 15, 1942, they were married at Plymouth Congregational Church where she had attended for years.

Their tiny first home was in south Los Angeles and their son, Roger, was born on July 13, 1943.   This was during World War II and Lee was in training to be a pilot in the US Army Air Corps.  Lee left for Europe to be a B-24 bomber pilot and their second son, Bruce, was born on October 2, 1944, while Lee was flying bombing missions over occupied Europe.  He returned home on March 30, 1945, to be reunited with Marian and Roger, and meet Bruce for the first time.  Soon their little family moved into a small home not too far from her parents until 1950.

On February 21st, 1950, Marian was in the hospital giving birth to Russell, while Lee and the boys moved into the new family home in Monterey Park. This was to be the only home the family would know for the next 70 years, and Marian set about to be the best mom she could be.  She loved all children, but especially hers.  She loved going airplane camping with Lee or family camping with her boys, fishing, hiking, to the beach, and everywhere in between.  Hers was a life of service, first and foremost to her family, but she always found ways to serve others as well.

When her boys grew up, married, and moved away from home, Marian decided to go to college and earned her degree/teaching credential so that she could teach school.  She spent the next eleven years as a kindergarten teacher and loved her new kids.  They loved her as well, and told her what a great teacher she was whenever she saw them in later years.  Throughout her life she was happiest when she was around children.

In her mid-thirties, Marian was introduced to the Church of Jesus Christ of Latter-day Saints by her next-door neighbors.  In spite of Lee’s disapproval, she became active in the church, but put off baptism to keep peace in the family.  She served in numerous church callings as a non-member, all of which almost always involved children and music.

It was almost twenty years later, after the kids were gone, that she finally worked up the nerve to ask Lee for his permission to be baptized.  To her shock, he said yes, and she entered into the covenant of baptism on January 5, 1974.  It was one of the happiest days of her life and brought her great peace.  She continued her church service in a number of capacities, but it wasn’t until 1996 that she finally asked Lee for permission to go to the temple.  Once again, he surprised her! Just two days before her 73rd birthday she went to the Los Angeles LDS Temple for the first time.  Marian loved going to the temple, and in the next ten years she participated in one thousand temple ordinances to make up for lost time!  The only thing that slowed her down was the dementia that started affecting her in her mid-eighties.

By the time that Marian turned ninety she was no longer able to drive.  Lee cared for her as best he could, but over time it became overwhelming for him and a change was necessary.  Marian spent the last years of her life in care facilities, always with a smile on her face.  Lee finally joined her in September 2020, and they spent the last five months of her life together, holding hands.  He misses her dearly, as we all do.

Marian is now free of her worn-out body and reunited with her parents, sisters and Rusty, and is still smiling, but from on high. 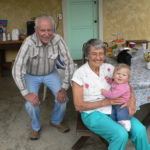 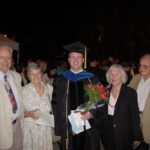 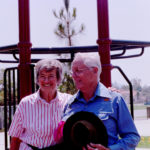 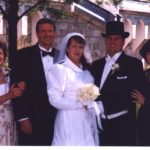 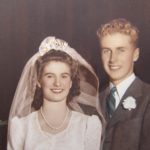