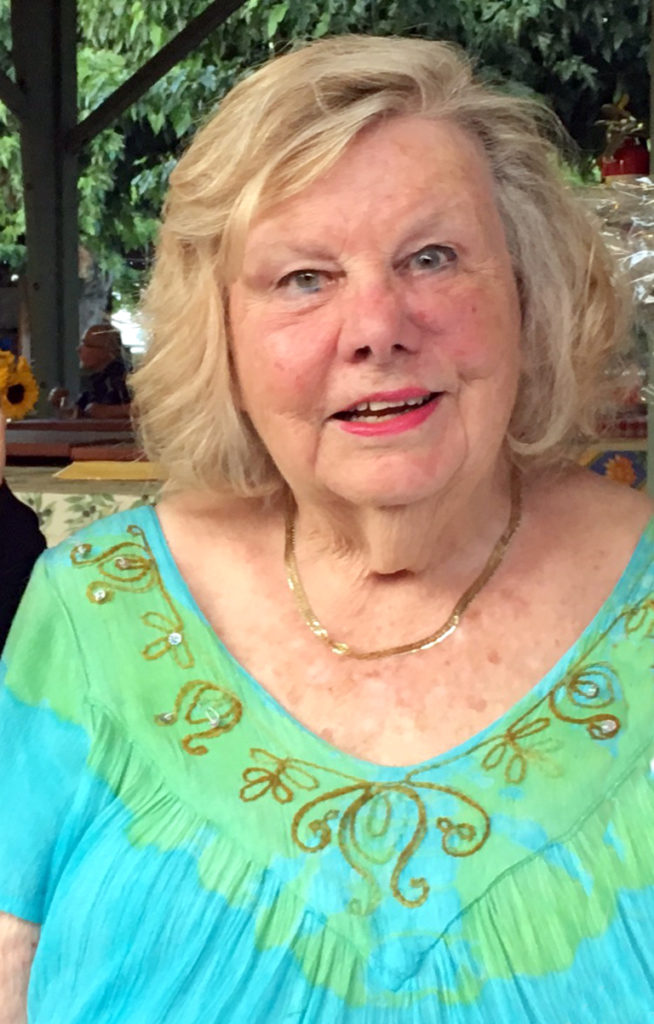 Our beloved mother, grandmother and great grandmother, Marian Elizabeth Howe Looney, passed away unexpectedly but peacefully on September 5, 2018 in San Juan Capistrano, California. Marian was born on July 23, 1927 in San Francisco, California to Henry and Lillian Howe. She attended the College of Notre Dame in Belmont, California and completed her Bachelor’s Degree at the University of Nevada, Reno where she was a member of Kappa Alpha Theta sorority. She was a flight attendant for United Airlines until she married Howard Alfred Looney in 1957. They raised their family in Hillsborough, California.

Her children remember her as a devoted mother who set high expectations (Emily Post was a mentor) and encouraged them to pursue their goals while providing unconditional love. She was a Brownie Leader, Girl Scout Leader and PTA volunteer.

Marian was active in multiple charitable organizations, including the Coyote Point Museum Auxiliary, CASA (Court Appointed Special Advocates) and the Good News Rescue Mission in Redding, California. She was an active and dedicated member of St. Bartholomew’s Catholic Parish and the Women’s Guild.

Once her children were raised, she started Encore Estate Sales, one of the most successful estate liquidators in the San Francisco Bay Area.

A funeral mass will be celebrated Saturday, September 29, 2018 at 10:00 am at the Mission Basilica in San Juan Capistrano, California. Father Damien Giap will officiate.

In lieu of flowers, a donation may be made in Marian’s name to CASA of Orange County (casaoc.org).