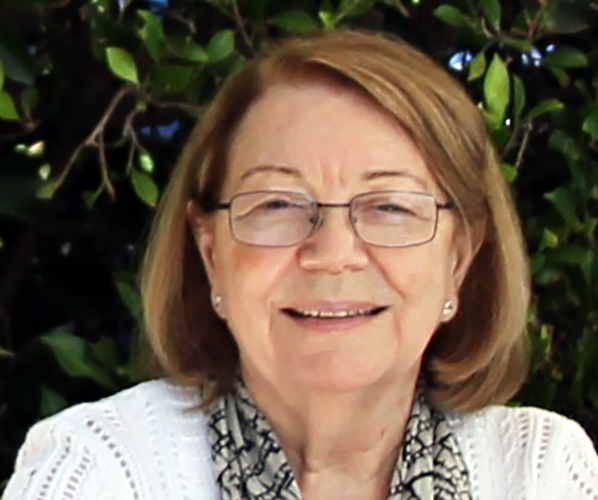 On Sunday, March 21, 2021, Maria Ferrucci, loving wife, mother, grandmother and great grandmother, passed away at the age of 86.

Maria was born on January 21, 1935, in Amorosi, Italy to Emilio and Caterina Maddaloni. She immigrated to the United States in 1954. She returned to Amorosi to marry Gabriel on December 2, 1956. Maria and Gabriel then made their home in New Haven, Connecticut, where they raised three children, daughters Rina and Anna and their son, Joe.

As the oldest of three children, she took care of her two younger brothers while her parents worked the farm during the difficult times that World War II brought to the people of Europe. During their 64 years of marriage, Maria supported Gabriel as his jobs required relocating the family to Charleston, SC in 1974, then back to Connecticut in 1980, and to California in 1984. She was completely devoted to her husband, children and grandchildren. She always looked forward to Sunday, when she would cook for her entire family. Maria and Gabriel enjoyed entertaining family and friends. She was well known for her kind, gentle and loving personality, and her unshakable faith in our Lord Jesus Christ.

Maria was predeceased by her brothers, Vincent and Anthony, and is survived by her husband, three children, six grandchildren and two great grandchildren.

The vigil will be held at St. Nicholas Church, 24252 El Toro Road in Laguna Woods on Sunday, March 28, from 6:00 p.m. to 9:00 p.m. The funeral Mass will be held at 10:00 a.m. on Monday, March 29, at Christ Cathedral, 13280 Chapman Ave in Garden Grove. The funeral Mass will be livestreamed at https://www.youtube.com/channel/UCSvmqDA6YsurHuwmQPncQAw so that it may be viewed by those who are unable to personally attend due to the pandemic. The burial and a light reception at St. Michael’s Abbey will follow the funeral Mass.

In lieu of flowers, Maria would suggest to those wishing to honor her that they send a donation to the Seminarian Fund for St. Michael’s Abbey at 27977 Silverado Canyon Road, Silverado, CA 92676 or to The Maria and Gabriel Ferrucci Retired Priest Endowment Fund C/O Orange Catholic Foundation, 13280 Chapman Avenue, Garden Grove, CA 92840.