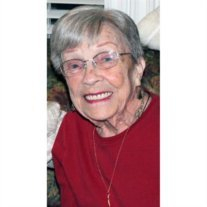 Margery R. Koenig, 85, of Laguna Woods passed away on Saturday, September 7, 2013. She was preceded in death by her spouse of 61 years, Marcus Koenig, who died in 2008. Margery is survived by her four children, Ron (Cathy), Dennis, Fred (Patty) and Trink (Sandy). She was blessed to have nine grandchildren and three great-grandchildren. She also has three surviving sisters, Pauline Bafaro, Josephine Gunning and Judy Heiliger.

Margery and Marcus lived a great life while traveling extensively. She was devoted to her Catholic faith and prayed the Rosary daily.