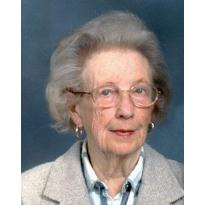 Margaret Delaney O’Loughlin, 90, passed away on May 30th, two weeks short of the 67th anniversary of her wedding to Dr. Bernard James O’Loughlin.

Margaret was born in Marcus, Iowa, where her father was a college educated cowboy, general store owner, postmaster and local Democratic Party chairman and her mother was a warm-hearted Irish immigrant who couldn’t turn a hobo away during the Depression without feeding him. Margaret carried their passion for education and activism throughout her life.

After graduating with honors from Duchesne College in Omaha, she decided not to pursue a career in journalism and married Dr. Bernard O’Loughlin, translated his doctoral dissertation from medicalese into English, shared his life in the Army-Air Force during World War II in Texas where she started one of her many social justice campaigns: getting better treatment for Mexican-American Catholics by the hierarchy.

Margaret moved to Los Angeles with her burgeoning family in 1952 to support her husband’s pioneering the UCLA Medical Center Radiology Department and later to Orange County so that he could do the same for UC Irvine. She was active in Town and Gown at both Universities. Her sabbatical years in Dublin and Oxford and associated travels honed her interest in cuisine and art. She put her passion for art and education into practice as a docent at the Los Angeles County Museum of Art. She was an active member of the Huntington Beach City Planning Commission. She was involved in presentations with Protestant, Jewish, Mexican American and African American women, as reported by the Times in 1969, ‘to erase prejudice.’

Margaret was a Catholic activist with a critical, intellectual bent and a sense of humor, indicated by the name of a discussion group she pioneered: ‘Beer and Theology.’ She was the pragmatic pillar of a group of activist, feminist Catholics, the Christines. She helped Msgr. Anthony Brouwers conceive and found the Mission Doctors Association in 1959. Margaret and Bernard were active members of the Third Order of St. Benedict associated with St. Andrew’s Monastery in Valyermo. Her mother’s compassion was echoed in Margaret’s working to feed and clothe the homeless at St. Joseph’s Center in Venice.

Margaret believed that women should be well educated in order to bring up educated children and they were her main life’s work. She thought nothing of making Coquilles St. Jacques for a high school graduation party, letting her daughter’s friends in a jazz band use her living room as a rehearsal space or feeding a crew making a film in Latin. Her grandchildren still treasure memories of their museum trips with her.

A funeral Mass will be celebrated at Our Lady Queen of Angels Church in Newport Beach on Wednesday, June 3, at 10:00 a.m.