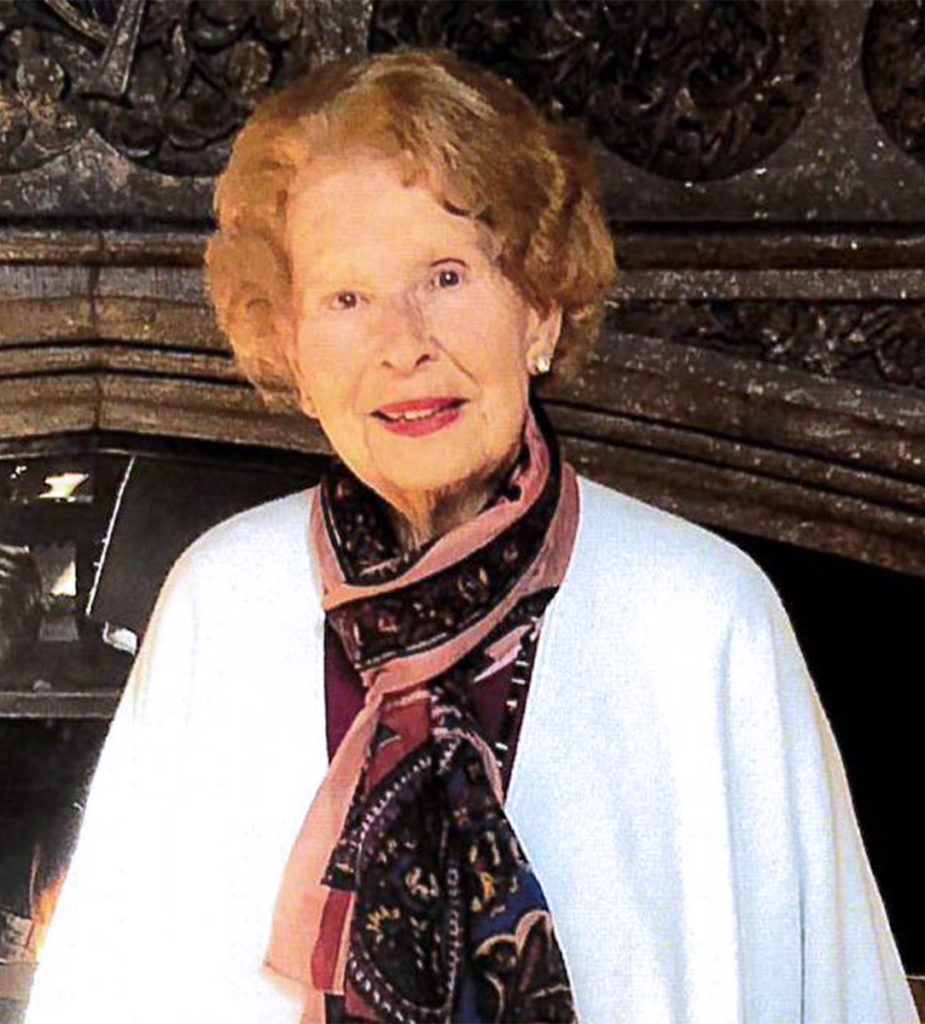 Margaret “Marcheta” Busch died of congestive heart failure at Hoag Memorial Hospital at age 91 on the morning of Monday, February 22, 2021. She led a joyous life and left behind a large and beloved family.

Marcheta graduated from Clinton High School in 1946 and received a secretarial degree from Cleary College in Ann Arbor, Michigan. She initially worked as assistant to the CEO of Michigan-based Tecumseh Products.

Marcheta married Joseph H. Busch on August 20, 1949. The year before, they founded Busch’s Fresh Food Market chain in Clinton, Michigan – it was then called Country Market. She worked as the accountant. The business has grown to 16 supermarkets owned by three of their children. Marcheta outlived Joe, who died on November 17, 2015 at the age of 89.

With her late husband Joe, Marcheta maintained a lifelong residence in Clinton, Michigan and spent winters in Dana Point, California since 1985. For the last three and a half years, her daughter Karen M. Busch cared for her, for which the family is deeply indebted.

Marcheta enjoyed traveling throughout her life, hindered only by the recent pandemic. She traveled throughout Europe and personally met Pope Francis in 2017. She was an avid reader. She attended all family activities and functions up to her death.