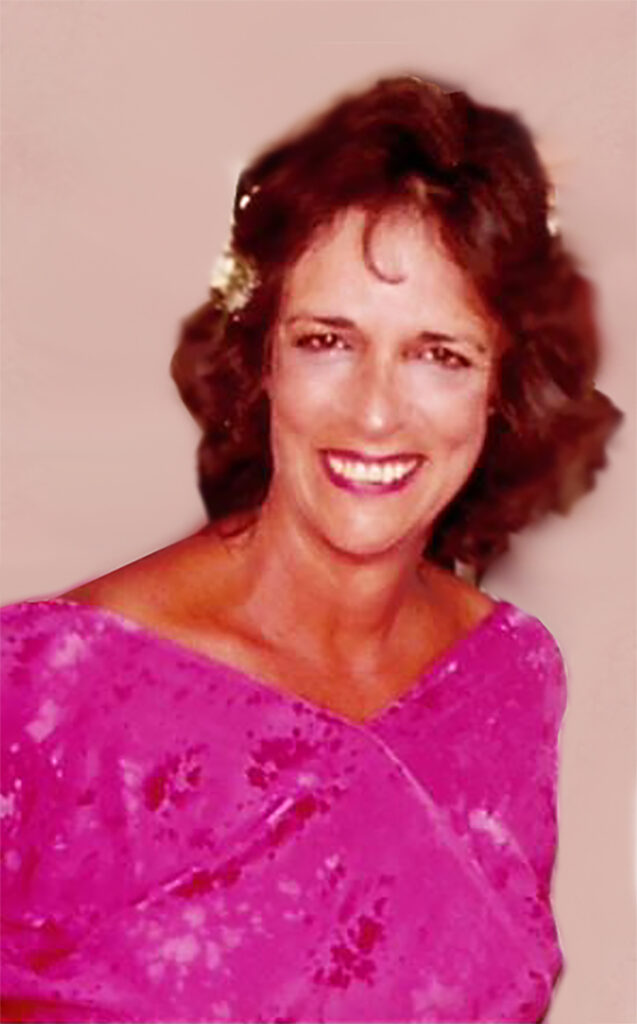 Margaret Mae McGovern 90, of San Juan Capistrano, passed away on July 8th, 2022. Fondly known as “Peggy” or “Makaw” by her grandchildren, she was born on January 29th 1932 in Downey, California.

Peggy grew up with her sister Patricia Sax and parents, John & Maxine Sax among the orange groves of Downey. Here, she found her love of reading, before heading to Stanford University for her degree in English Literature.

Peggy graduated from Stanford in 1953 where she met her husband of 64 years, Francis “Mac” McGovern.

Peggy & Mac moved back to Downey where she taught kindergarten and substitute taught English classes while raising her three children. Eventually moving to Sacramento, California, Peggy made many friends in the neighborhood, hosted countless parties, cooked up a storm, traveled to Europe and played tennis at the local country club.

Peggy never missed a beat, whether it was discussing current events, conquering LA times crossword puzzles, enjoying the latest New Yorker magazine, reading any book that piqued her wide array of interests, or keeping up with her grandkids. She was fiercely protective of her family and a proud 3rd generation Californian, who was unapologetically true to herself.

Peggy leaves a legacy of her love for reading, music, cooking, vodka martinis, making unlikely friends-from neighbors, to strangers & the person behind the meat counter at the grocery store, crossword puzzles, taking time for deep reflection, watercolor painting, and life drawing classes. As Peggy would say, those who knew her thought she was “one interesting cat”.