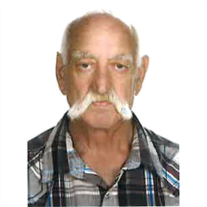 Manoutchehr, affectionately known as Mano, was born June 9, 1939, in Iran. He was the son of Ahmad Ahmadi and Esmat Nikdel Ahmadi and was the middle son of a family that included 3 brothers and 3 sisters.

Mano had a very vibrant personality. He never met a stranger and was often joking and sharing colorful stories with all. He loved his wife Mahnaz from the moon and back and she reciprocated his love. He repeatedly referred to her as, “The most dedicated woman in the world.” Her husband was and always will be her best friend. Mahnaz will miss their private conversations, inside jokes and many trips to the grocery store together. She took her marital vows seriously and dedicated everything she had in making sure he was taken care of, even sacrificing her own health needs. Mahnaz, his daughter Neda and son Matthew were by his side when God called him home.

Mano was preceded in death by his parents and his brother, Iraj Ahmadi. He leaves to mourn his beloved wife Mahnaz Ahmadi, daughter Neda Scurry, sons Matthew Mohajeri and Arash Ahmadi; also, his grandchildren Shavonne, Kamrin, Layla and bonus grandson Michael. He has 4 surviving siblings, Afagh and Mohnes who reside in Iran and Aniss and Abol who are local; as well as numerous nephews, nieces, cousins and other relatives.