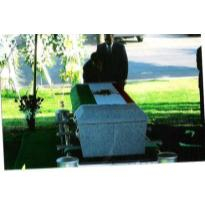 Manoucher ‘Babajon’ Khalkhali, born October 15, 1912 in Tbilisi, Russia to a loving family from Azerbaijan, Iran. He passed away on Wednesday, November 9, 2005 at his home in Laguna Hills, California of Congestive Heart Failure.

Babajon’s father passed away when he was only 16 years of age. He immediately became responsible for supporting his family mother, two sisters and a brother. In spite of all his hardships, he was able to raise his family and put himself through college in The College of Agriculture in Iran where he served for 44 years. He was the first Director to the Imperial Land Reform in Iran from 1962 ~ 1965. He was offered the position of Minister of the Land Reform and Rural Cooperative in 1967 where he served until his retirement in 1975. He has been retired in the United States since December, 1978. He has been married for 60 years to the love of his life, Mehri. Babajon lived every day with a smile on his face and laughter in his heart. As an admirer of life, he served as an inspiration to those around him and touched every soul that crossed his path with an indescribable, genuine, kindness.

He is survived by his devoted, loyal and cherished wife of 60 years Mehri; loving daugther Soraya; loving son Iraj; beloved sister Zarine Taj Banifazal; beloved brother Bahman. He was loved by many, who had all benefited far more from what he brought to life, than he did from what he could offer in return. He will be deeply missed by all.