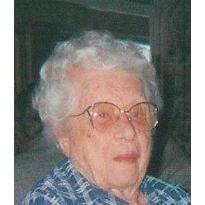 Mae attended UC Berkeley for her undergraduate studies and continued there as a graduate student for her Masters. Choosing a career in education, she worked at North Hollywood High School as a teacher and served as the chairperson of the Civics Department until her retirement. She found politics and government to be fascinating and followed elections and governmental affairs closely.

Mae’s passion was travel. A true cosmopolite, she and her sister regularly traveled throughout the world on extended trips, visiting most every continent, savoring cultures and history and recording their experiences with thousands of beautiful photographs.

Of Austrian and German descent, she was related to, most notably, the composer Johann Strauss’s family as well as the artist/author of The Katzenjammer Kids. She was preceded in death by her brother, Charles, and her sister, Cora. She is survived only by her nephew, Dr. Charles Fischer, and her great-niece, Aubrey Fischer.

Memorial services will be held only for close family members. Mae will be laid to rest at Forest Lawn Cemetery in Glendale.