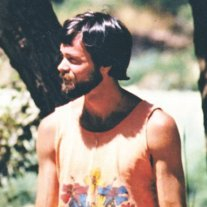 Lyle Joseph Zastrow, born August 29th 1946 passed away in the city of Lake Forest at the age of 66 on August 11th 2013. He battled cancer for 4 months but passed away peacefully in his own home. He is the beloved son of Walter Zastrow and Marguerite Garvin.

Born and raised in Glendora, California, Lyle was a talented writer and avid businessman. A proud part of the National Guard, he served for 3 years. Lyle received his Bachelors of Arts Degree in Journalism at San Diego State University, and his Masters of Business Administration at Pepperdine University. Innovative in management, he has held high level positions as Director, and Vice President at multi-million dollar industries across the nation including Clairol, Oral B and many more.

The biggest sports fan, he was active in swimming, and football as a young man. He was a diehard follower of the Lakers, and occasionally followed the Dodgers and San Diego Chargers.

He is survived by his 4 children, Clint, Dylan, Grace and Jeff; his 2 granddaughters, Laila and Olivia; his sister Diane; and many other friends and family. He is dearly missed as an irreplaceable father, grandfather, cousin, and friend.