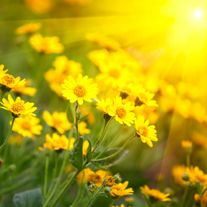 Lucia Pahan was born in Boston MA on July 12, 1930 to Gustaf & Ruth Swanson. She lost a brother and two sisters at an early age, but she survived and found that each moment was held more precious.

She was raised in San Diego where she attended Grossmont Union HS graduating in 1947 and loved school and the friendships she held dear. She also attended San Diego State College where she was part of the Alpha Gamma Delta sorority. She fell in love with Robert Pahan and got married in 1952. They had two daughters and settled in Orange County California where they enjoyed their life together.

Lucia went back to school to finish her BA degree at CSU Fullerton and graduated in 1970. She spent 17 years working at Saddleback College as the head of her Data Processing unit. She appreciated her work environment and was honored with the Leadership Award that she received from the President of the college Constance Carroll in support of her leadership development for women in 1993.

Her beloved husband Robert passed away in 2008 after 56 years of marriage.

Lucia held life as a special journey filled with the joy of her family, friends and her pets. She was an animal advocate and rescued many of the pets she adopted into her home. She had a passion for making each day special. Lucia had a love of writing, crossword puzzles and gardening. She traveled the world over to places as diverse as China, Russia and Africa. She enjoyed going to Neil Diamond concerts, was enthusiastic about all the latest the world had to offer and had a reverence for just watching a beautiful sunset or hearing a child’s laugh. She always felt her greatest achievement was being a wife and mother.

Lucia passed away on February 20, 2012 knowing how much she is loved and as a child of our Lord and Savior Jesus Christ preparing for her next great adventure!

Lucia is the best Mom and friend to daughters, Julie and Britt could ever have.