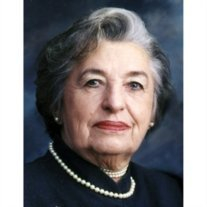 She is survived by her husband of 60 years, Nestor. She is also survived by her children, Askold (Marta), Irysa (Val) and Borys (Lynn); brother-in-law, Taras (Xenia); 6 grandchildren; 1 great-grandchild; and many nieces and nephews.

Luba was active in the Ukrainian National Women’s League of America; Plast Ukrainian Scouting Organization, Plast Burywerchy Sorority; and her parish the Nativity of the BVM in Los Angeles, CA.

Flowers to O’Connor Mortuary or donations to the Ukrainian National Women’s League of America Branch 111.