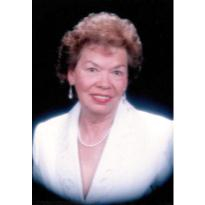 Loverna Margaret Felling was born on the tenth of April, 1931, in Belgrade, Minnesota. She was the ninth of fourteen children born to Joseph George Felling and Veronica Anastasia Laubach; she was the great-granddaughter of Johann Felling, one of the original German pioneers of central Minnesota. She spent her childhood and teen years on the family farm in Stearns County, Minnesota, then spent a short time with her brother Wilfred and his family in Cleveland, Ohio.

On June 23, 1949, Lovie married Urban Joseph Henning in Elrosa, Minnesota. They lived for a short time in Minot, North Dakota, before returning to St. Cloud, Minnesota, where they had two children and lived for several years. After a short residence in Los Angeles County, California, they returned briefly to Minnesota until the harsh winter persuaded them to permanently relocate in 1960 to the sunshine of Orange County, California. They bought a house in Santa Ana and had a third child.

In 1970, Loverna and her husband divorced. In 1972, she briefly remarried and relocated to Las Vegas, Nevada, returning to Orange County the following year and retaking her maiden name. She was employed in the electronics industry, working for Crydom Corporation, Ford Aerospace and finally Loral Corporation in Newport Beach. She retired in 1996 and began her second career in the field she truly loved, childcare. She enjoyed cross-stitch, movies, concerts, spending time with family and friends, endless games of Scrabble, and, above all else, ice cream.

After a long, hard battle with emphysema, she left us, just after midnight, on Monday, January 10, 2011, at the age of 79. She is survived by her children – Deborah L. Henning Verplancke of Lake Forest, Robin R. Henning of Orange, and Paul R. Henning of Pine Valley; by her granddaughters – Kristin L. Stahr of Palm Springs and Melanie L. Stahr Jackson of Lake Forest; by her great-grandchildren – Jacob A. and Hailey M. Jackson; and by her siblings – Cyril J. Felling of Sauk Centre, MN, Ernest M. Felling of Brook Park, OH, Rudolph A. Felling of Waite Park, MN, Delores C. Felling Handeland of Cottage Grove, MN, Dorothy J. Felling Unger of Sauk Centre, MN, Shirley V. Felling Goering of Crookston, MN, and Georgia E. Felling Rooney of Belgrade, MN. She is also survived by hundreds of cousins, nieces and nephews.

She was preceded in death by her parents, her former husband and father of her children, her sisters Madeleine M. Felling Roel of Baxter, MN, and Bertha A. Felling who died in infancy; and her brothers Wilfred C. Felling of Santa Ana, CA, Joseph J. ‘Buddy’ Felling of Visalia, CA, Garhard D. Felling of Belgrade, MN, and Bernard N. Felling of Litchfield, MN.

A celebration of her life will be conducted at the O’Connor Mortuary located at 25301 Alicia Parkway, Laguna Hills, CA, on Saturday, January 15, 2011, at 1:00 p.m. with a reception immediately following at the residence of her daughter at 25625 Orchard Rim Lane, Lake Forest, CA. Flowers are appreciated, but the family suggests that in lieu of flowers donations be made to Loverna’s favorite charity, St. Jude’s Children’s Hospital www.stjude.org/donate, or, that living plants be given instead. Condolences may be posted to her obituary at www.oconnormortuary.com.

May we always remember and cherish the love she brought us.