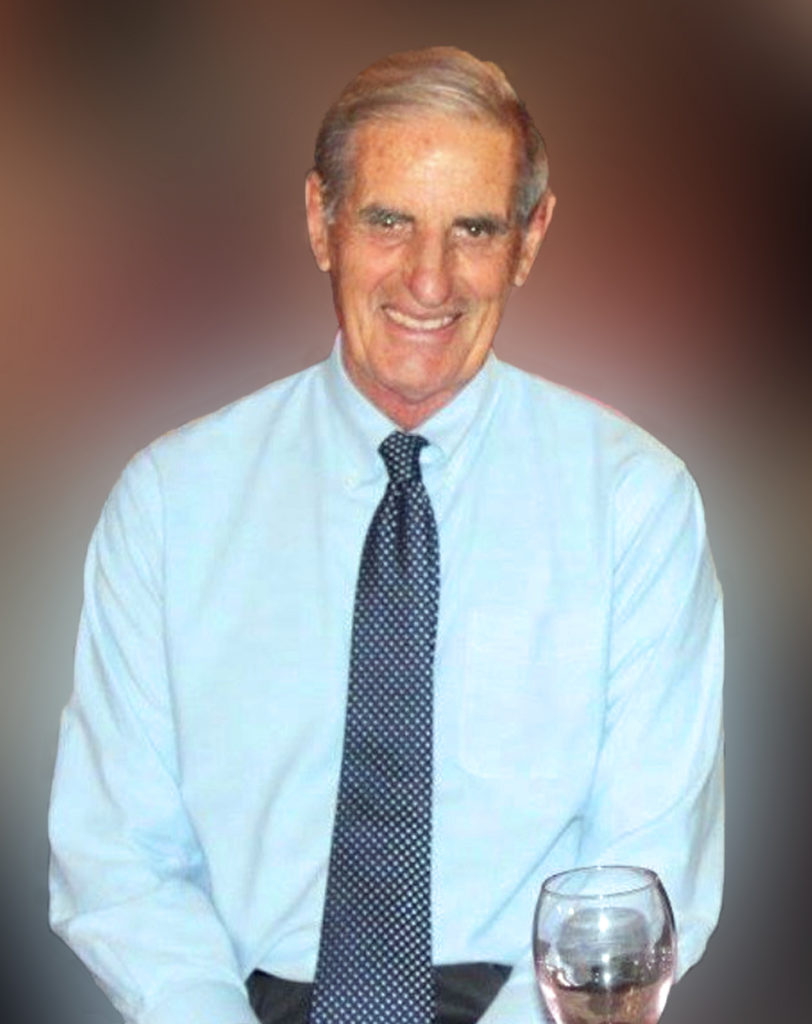 Louis Sarrao, age 82, passed away peacefully on June 7, 2021 with his loving wife, children, and grandchildren by his side after a 4-year battle with Sarcoma.

Lou was born on June 26, 1938 in Salt Lake City, Utah, the youngest of 2 children born to Cirilo and Frances Sarrao, and was raised in Bingham Canyon, UT.  After graduating from Bingham High School in 1956, Lou joined the U.S. Navy to serve his country and explore the world.  He spent 4 years in the Navy and served on the USS Los Angeles before receiving an Honorable Discharge in August 1960, having received the rank of Petty Officer E-5.

After his military service, Lou returned to Utah and worked briefly at Kennecott Copper Mine while attending the University of Utah before enrolling as a full-time student at Utah State University in Logan, UT.  After graduating from his beloved Utah State in 1964 with a BS Degree in Recreation Education, Lou moved to California to begin what would be a 40-year career with the State of California’s Department of Development Services initially working at Patton State Hospital and Modesto State Hospital.

In 1968, Lou accepted a promotion at Fairview Developmental Center in Costa Mesa and began what would be a 34-year career at Fairview.  While at Fairview, Lou received a MS in Recreation Administration from Cal State Long Beach and served in a variety of leadership roles ultimately serving as Clinical Director for more than 16 years before becoming Executive Director at Lanterman Development Center for 2 years before retiring in 2003.  Lou spent his career devoted to providing the best care possible to the developmentally disabled individuals who called Fairview and Lanterman home and developed close relationships with these individuals and their families.  Lou was an exceptional and beloved boss who spent countless hours mentoring and developing the careers of hundreds of employees who worked for him.  Lou was especially proud of the leadership team he developed at Fairview and was credited with developing a group of female leaders who went onto several key leadership positions both at Fairview and other developmental centers throughout the state.

Since his early days growing up in Utah to the last days of his life, Lou’s Catholic faith was an important part of his life.  He prayed the Rosary daily, oftentimes while walking around his backyard and prayed Liturgy of the Hours every day.  Lou was a parishioner at St. Nicholas for more than 42 years and was a fixture at mass each Sunday.  He was a Eucharistic Minister for more than 37 years, taught 8th Grade Confirmation for more than 25 years, and trained altar servers for more than 7 years. He helped hundreds of 8th graders grow in their Catholic faith and prepare for the Sacrament of Confirmation.

In 1971, Lou and Mary Jo bought their first house in Mission Viejo, CA and have been in a fixture in their neighborhood for more than 50 years.  Lou loved physical fitness and could often be found running at lunch while he worked at Fairview and on 5-mile walks around Mission Viejo after he retired.  Lou also lifted weights for more than 65 years and could often be found in his garage pumping iron.  Lou was an avid golfer who played a weekly round of golf in Costa Mesa with the same partner for more than 25 years while at Fairview.  After retiring, he and several of his friends from St. Nicholas formed a weekly golf group that traveled throughout Southern California each week to play golf.

In 1966, Lou married his beloved wife, Mary Jo, who survives him.  He has 3 children: John (Margie) of Los Alamos, NM; Mike (Kris) of Dove Canyon, CA; and Ann (Patrick) Dopudja of Coto De Caza, CA.  He was a proud and devoted grandfather to Daniel and Joseph Sarrao, Ryan and Matt Sarrao, Kellie and Nicole Turcios, and Gianna Dopudja.  Nothing made Lou happier than spending time with his family and seeing his children and grandchildren succeed.  Education was especially important to Lou, and he especially enjoyed seeing his children and grandchildren pursue their educations.  In the last 2 weeks of his life, he was able to watch his 2 oldest grandchildren graduate from college.  He is further survived by his sister Yvonne Weber as well as nephews and nieces.