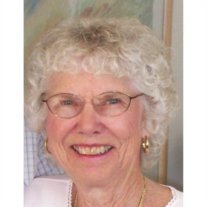 Lou Ann Rosko, 82, died Sunday, March 17, surrounded by her family after a courageous battle with cancer.

Lou Ann was born April 3, 1930 in Nokomis, IL, the only daughter of Lucille and Herman Schaefer. She met the love of her life, Thomas Rosko, while in high school; they married in 1948 and enjoyed 64 years of happiness together. Lou Ann was a devoted wife and mother providing selfless love and support to her husband and four daughters. She enjoyed gardening, cooking, watching Angel’s baseball on TV and, above all, spending time with her family.

Visitation services and Rosary will be held at O’Connor Mortuary on Friday, March 22 from 7 – 9 P.M. Funeral Mass will be held Saturday, March 23 at 11 A.M. at Saint Nicholas Catholic Church in Laguna Woods followed by interment at Ascension Cemetery, Lake Forest.

Contributions may be made to the American Cancer Society.