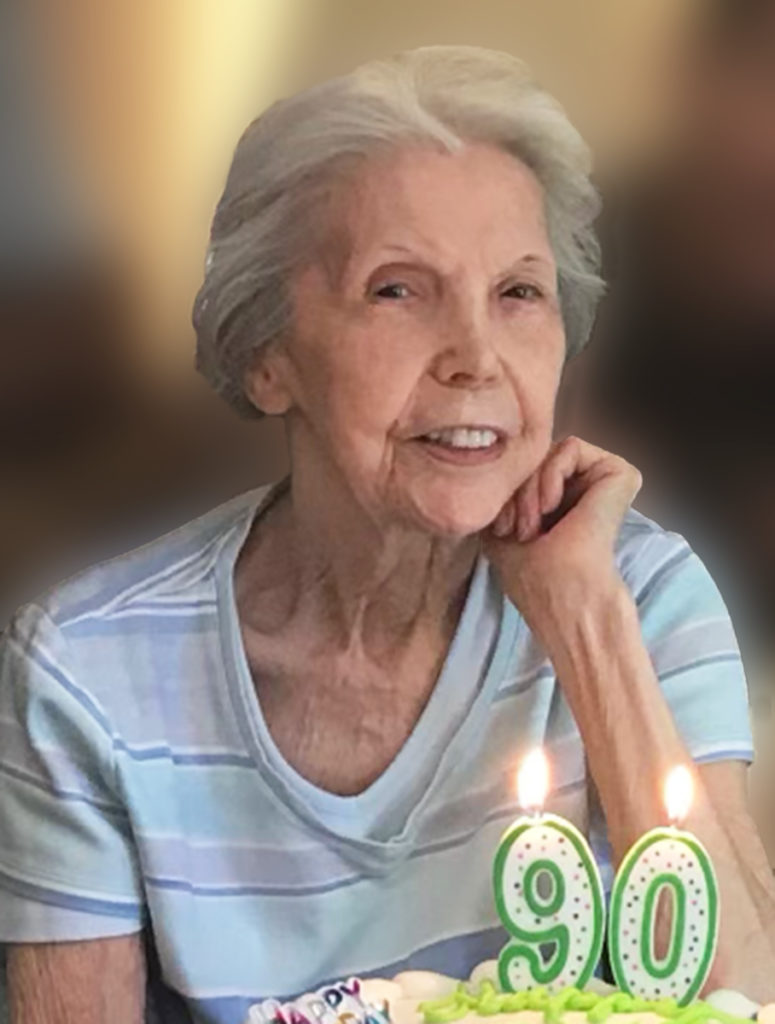 Lorene Young, born June 14, 1928 and passed away peacefully on April 7, 2022.  She was an altruistic wife, mother and sister.  Lorene was born in Swancott Mills, Lewis Co, New York and was the second oldest of eleven siblings.  Lorene was married in Hempstead, New York to Don Young for 60 years.

Lorene attended West Leyden Central Rural School in New York and graduated in 1946 with her twelve fellow class mates as Senior Class Secretary.  She went onto The Faxton Hospital School of Nursing in New York, was considered to be the best prospective charge nurse and received her Registered Professional Nurse license in 1950 and again in 1954 when she moved to California.  Lorene worked in operating room for all of her nursing life, first for Centinela Hospital (approximately fifteen years) and then South Coast Community Hospital (now Providence Mission Hospital Laguna Beach) for approximately another 30 years.

Lorene devoted her life to helping complete strangers when they needed help the most, whether it was during the day or called upon in the middle of the night.  Not all of us can say that we would provide such devotion and not just once, but for years.  The medical profession is truly a remarkable group of people, from which we have all witnessed over the last two plus years now and if my mom would have been able to still perform her duties, there’s no doubt in our minds she would have been right in the center of it, helping people.

The vigil service will be at 7:00pm on Thursday, April 28 at O’Connor Mortuary in Laguna Hills.  Funeral Mass will be at 10:30am on Friday, April 29 at St Kilian’s Church, Mission Viejo.

If you would like to make a donation in her name, her favorite organizations were St. Kilian’s Church and the National Breast Cancer Foundation.

4 responses to Lorene B. Young