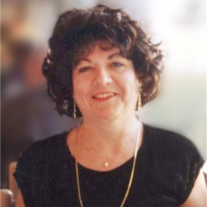 Lois grew up in Bronx, New York where she attended Hunter College and received her Bachelor’s degree. In addition, Lois received two Master’s degrees. She worked as a New York State Parole Officer for more than 20 years. Upon retirement, Lois moved to Orange County, CA. Lois enjoyed traveling, music, theater and film. She was an active member of the San Clemente Choral Society and the Fleet Feet Walking Group and had been involved in several musical and theater groups in Rockland County, NY.

Lois was preceded in death by her parents, James and Margaret McGinley.

She leaves her loving memories to be cherished by her sisters, Frances and Margaret, and her brothers, Jimmy, David and Gerard, nieces, nephews and numerous other relatives.

There will be a funeral Mass and memorial service at St. Timothy’s Catholic Church, located at 29102 Crown Valley Parkway, Laguna Niguel, CA on Wednesday, June 29th at 10:00am.

In lieu of flowers, the family requests memorial donations be made to ASPCA, Saddleback College and St. Jude’s Hospital.