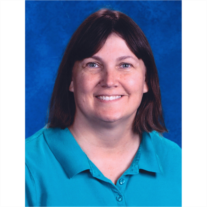 Lisa Brander (nee Lach) passed away suddenly on April 2, 2017. She was born in Albuquerque, NM to Michael and Alyce Lach. In the early years, her parents moved several times, finally settling in Irvine, CA in 1977. Lisa graduated from Irvine HS where she played varsity soccer, and then received her Bachelor’s Degree in Communications Studies from UCSD in June of 1990. Lisa also earned a teaching credential from Concordia University in Irvine. Shortly thereafter she began her teaching career with the Tustin Unified School District. At the time of her death she was teaching 4th grade at Tustin Ranch Elementary School.

In 1997, she met a young locally based Marine, Jay Brander. They were married on July 15, 2000 and purchased their first home. In August 2003 they welcomed their oldest daughter Kelly as the first addition to their family. In August 2006 they discovered their planned addition was in fact two additions and welcomed twin daughters Megan and Nicole. Lisa was a life-long soccer fan who was in attendance at the famous 1999 Women’s World Cup championship. She was also an avid Angel’s baseball fan. She loved to read and constantly strove to foster the love of reading into her children and her students. Lisa has been a beloved daughter, wife, partner, devoted mother and friend. She will be sorely missed by all who knew her.

Lisa is survived by her husband Jay; daughters Kelly, Megan and Nicole; her parents Michael and Alyce Lach; her brothers Danny and Andrew Lach; and parents-in-law, Larry and Marilyn Brander. She was also close with her aunts, Susan Lach, Pat Abney and Lynn Holdsworth, as well as her uncle Peter Klomans. Lisa’s surviving cousins are: Ashley, Elizabeth, Jennifer, John, Katherine, Kevin, and Kristen.