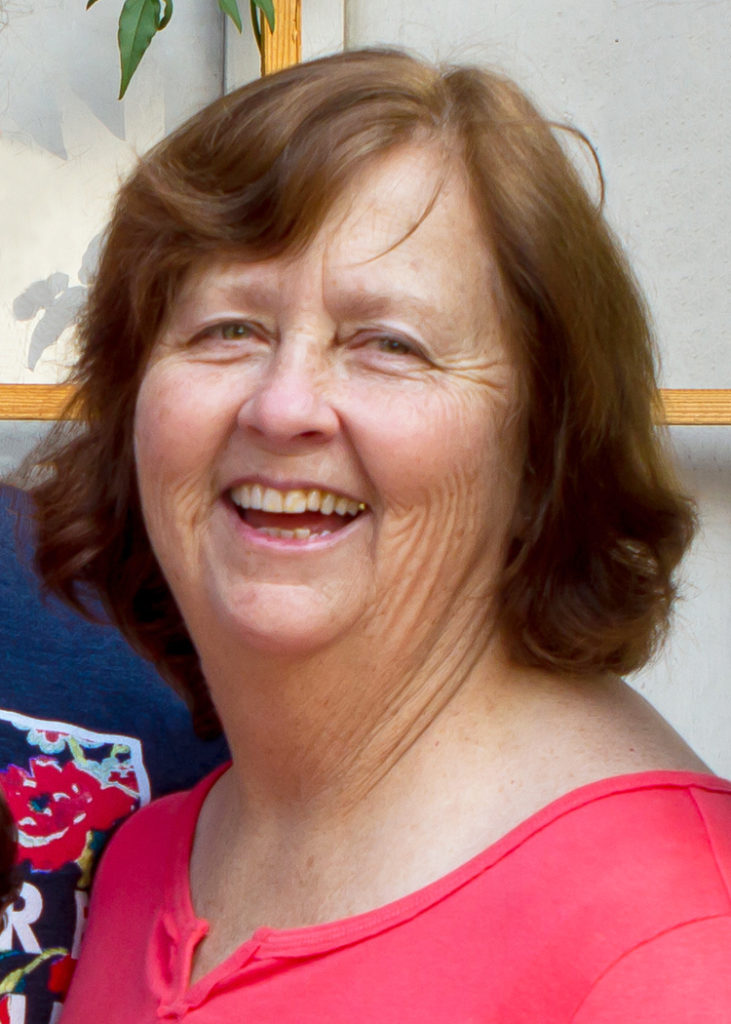 Linda Sue Shimizu passed away in her home, on November 21, 2018, after a heroic 18-month battle with pancreatic cancer. Linda was born on September 26, 1957, to Frank and Dorothy Rebollo, in Kingston, New York.

After numerous moves and relocations across the country with her family” including her brother, Glen, and sister, Judy” she finally settled in Southern California, attending North High School in Torrance, and later graduating with a teaching credential from California State University, Fullerton.

While in high school, Linda lived with her grandmother Ruth, and her uncle, Bernard Moore, and shortly after graduating, met her future husband, Cary. The two dated for a few years and were married on September 29, 1979 in Gardena, California. The newlyweds first purchased a house in La Mirada, where they had their first two children, Darrin and Garrett, and lived there until 1986. The young family of fourthen relocated down the 5 Freeway, to Lake Forest, where they purchased their forever home.

In addition to raising two young children, Linda continued working as a substitute teacher in the Saddleback Valley Unified School District, mostly in grades Kindergarten through 3rd, getting to know many of the kids in the area.

In 1994, Linda gave birth to her third child, Kaitlin, completing their family, and finally getting her little girl.

From youth sports to high school, Linda and Cary both were tireless supporters for whichever activities their three kids signed up for. Whether it was roller hockey, swimming, baseball, golf, cub scouts, or countless weekends at El Toro Water Polo tournaments, Linda spent over 25 years supporting her kids” and the countless other children around them.

In 2013, she became a grandmother and spent the next fiveyears showing her two grandchildren a level of unconditional love that every child should experience.

Linda truly loved life, family, and creating memories and traditions, and especially enjoyed traveling” making not one, but two cross-country trips” taking her kids and grandchildren to Disneyland, playing Bunco with her friends, her weekly calls with Uncle Joe, and having her morning coffee with her amazing support group of neighbors.

As evidenced by the outpouring of support and love before and after her passing, Linda will forever be remembered as someone who always put the needs of others in front of her own, regardless of who that person was, or what had to be done.

Linda is survived by her mother Dorothy, husband Cary, children Darrin, Garrett, and Kaitlin, grandchildren Lukas and Kona, brother Glen, sister Judy, and her many nieces and nephews. A bright star beaming through a cloudy sky, she always saw the best in everyone and every situation. A friend to many and loved by all.