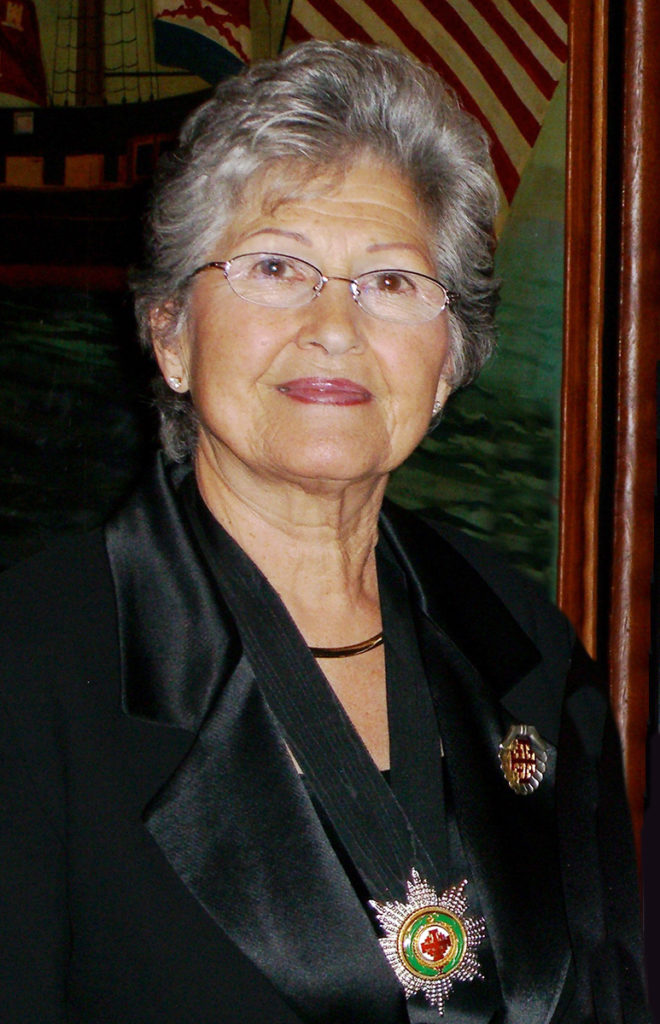 Lily S. Hazbun, 85, passed away June 4, 2020 after an extended battle with cancer. She drifted off peacefully to be with the Lord at her home in Aliso Viejo (Orange County, CA) surrounded by her children, grandchildren and close family.

Lily was born in 1935 in Honduras to Palestinian immigrant parents, Marguerite Hanania and Elias Mansour. In 1937, her family made the move back to Palestine. They lived in Jerusalem until the family relocated to Beirut, Lebanon in 1947. In Beirut, sadly her mother passed away in 1953. She later met her husband-to-be, Albert E. Hazbun, an engineering student at the American University of Beirut. In 1958, she immigrated with her family to the United States and settled in Southern California. Albert soon followed and they were married in Los Angeles in 1959 before moving to the Bay Area where Albert worked as a civil engineer. While raising their three children, she devoted time to various cultural activities and charitable causes. In 1970, Albert took his first work assignment abroad in San Paolo, Brazil so Lily packed up the kids for their first experience living in another country.  The family returned to Northern California in 1972 where Lily co-founded a business giving cooking lessons and catering services specializing in European and Middle Eastern cuisine. In 1978, the family moved to Paris, France for Albert’s work and so that the children could experience living in Europe. In Paris, she pursued her passions for gourmet food by taking classes at La Varenne and Le Cordon Bleu cooking schools and traveling across Europe with the family. They later relocated to Athens, Greece and Riyadh, Saudi Arabia for Albert’s work.

In the late 1980s, Lily and Albert moved back to northern California and eventually settled in El Dorado Hills where Lily began her volunteer work at Mercy Hospital of Folsom. Both Albert and Lily enjoyed spending time with their grandchildren, playing bocce ball with their neighbors, exploring Napa wineries and being involved with their church. They became devoted members of the Equestrian Order of the Holy Sepulchre of Jerusalem in supportof Christians in the Holy Land.Albert passed away in 2012 and two years later Lily moved to Orange County to be closer to extended family.

While in Orange County, she continued to live life to the fullest enjoying fine food and wine with family and friends. Lily especially loved to travel and even went by herself on a river cruise throughout France. She also enjoyed tending her garden of herbs and knitting for charitable causes.

Lily is survived by her sister Jeanette Nuss and brother Tony Mansour; daughter Randa Memo, her husband Greg, and their children Gregory and Gianna; daughter Maya Strawick and her children Kasian and Katrina; and son Waleed Hazbun, his wife Michelle Woodward and their daughter Amina.

Lily’s wish was to continue funding their Endowed Scholarship at Bethlehem University, in conjunction with the Holy Sepulchre of Jerusalem, to provide scholarships to students in need. In her memory, you can make a tax-deductible donation: