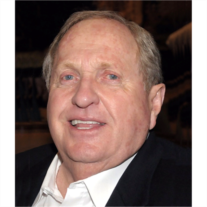 After marrying his high school sweetheart, Margaret Stafford, the couple moved to California in 1954. Lew secured his initial job in California at Pascal Dilday Lincoln/Mercury, in San Pedro, where he sold cars, real estate, then drove a Texaco tanker truck delivering gasoline to service stations. Eventually he became a “New Points Rep” for Texaco, identifying potential locations for new Texaco Service Stations. After finding a location at the corner of Los Alamitos Blvd. and Farquhar, in the little town of Los Alamitos, Lew decided he was done working for someone else. In 1961 he launched his first business, a Texaco Station, at that location. Lew and Margie Webb worked tirelessly together to build their business and in 1974 the couple purchased a small Toyota franchise in Hawaiian Gardens. From there they successfully expanded the Webb Automotive Group to nine new car franchised dealerships and three body shops in Los Angeles and Orange Counties. The Webb Automotive Group was sold in July of 1998 to Republic Industries of Fort Lauderdale, Florida.

After the sale of the dealerships Lew continued to maintain an office in Aliso Viejo, where he managed his classic car collection and his substantial real estate holdings.

The Webb business philosophy was always to service their customers and community with integrity. This philosophy made the name ‘Lew Webb’ not only well known, but highly respected and honored in both the automotive industry and the community at large. As a man of great faith, his charitable giving to the church, philanthropic causes and the arts benefited so many!

A private family Interment Service will be held at Forest Lawn Memorial Park, in Cypress, CA.

In lieu of flowers, the family is requesting donations be made in Lew’s name to Alzheimer’s Orange County, 2515 McCabe Way, Irvine, CA 92614.