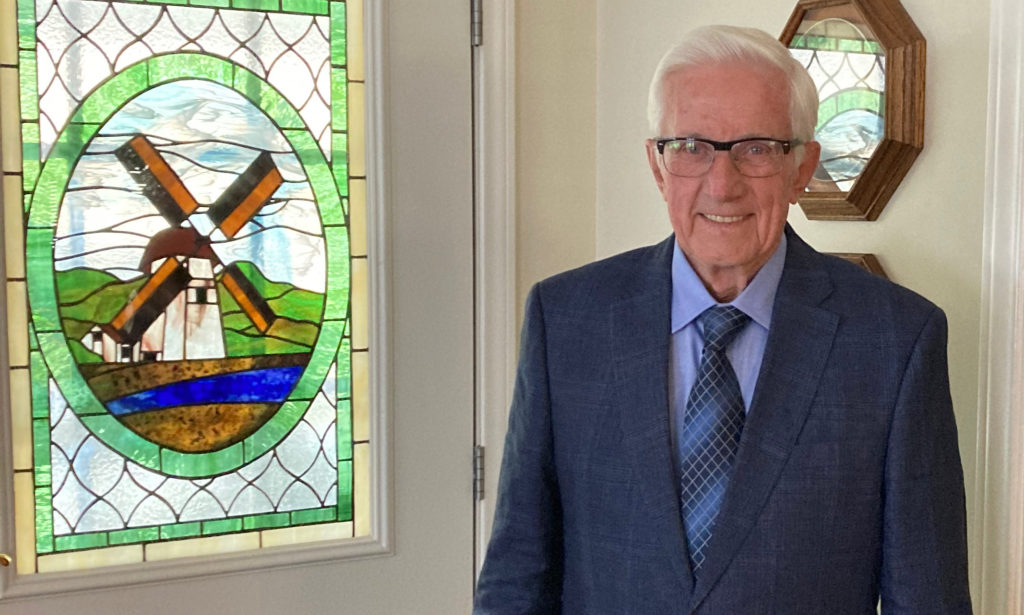 Lester Wayne Zwart, 82, of Irvine, CA,  passed away on November 4, 2021, from a brain bleed he sustained after taking a fall while serving children as a school crossing guard.

Born April 1, 1939, in Edgerton, MN to Lawrence & Tena Zwart, Les grew up on a farm and developed his love of building things from his father and grandfather. He started working in construction shortly after graduating from Southwest Christian High School in Edgerton in 1957. Les married Mary Ann Peters on October 7, 1960, and they were blessed with two children during their time in Minnesota: Ivan Zwart (now of Irvine, CA) and Brenda Gastley (now of Phoenix, AZ). His work as a contractor led Les and his family to move to Southern California in 1964, where their family grew to include Douglas Zwart (now of La Crosse, WI) and Kimberly Mills (now of Portland, OR). Les was a devoted husband and father, and he was deeply involved in his family’s life at home, school, church, and community. Les had a long and successful career as a carpenter and homebuilder until his retirement in 2021, and his expert craftsmanship touched the lives of many people throughout Southern California. His love of building continues with the work of his son and grandson. In retirement, Les served his community by working as an elementary school crossing guard for the Irvine Police Department. Les and Mary have loved and enjoyed their 14 grandchildren and 3 great-grandchildren, traveling regularly to spend time visiting their families. They have spoken often of their gratefulness for God’s faithfulness to them over 61 years of marriage, and the entire family is thankful for the support and prayers of so many as they process the sudden loss of their beloved husband, father, and grandfather.