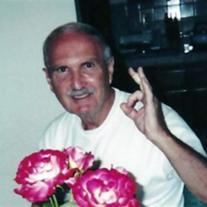 Les was in the Marine Corps from 1946-1947 and later joined the U.S. Air Force retiring after 34 years of service. He also worked at Mckendree College in Lebanon, IL for five years in the finance department.

He spent his retirement in Laguna Niguel, CA from 1990-2013. He was a gifted athlete and enjoyed soccer, golf, and basketball. He will be remembered for his love of God, family and country.

We will all miss him, but know he is peaceful in the hands of God.

Donations can be made in memory of Les to: Healing Hearts Association http://www.hhassn.org/