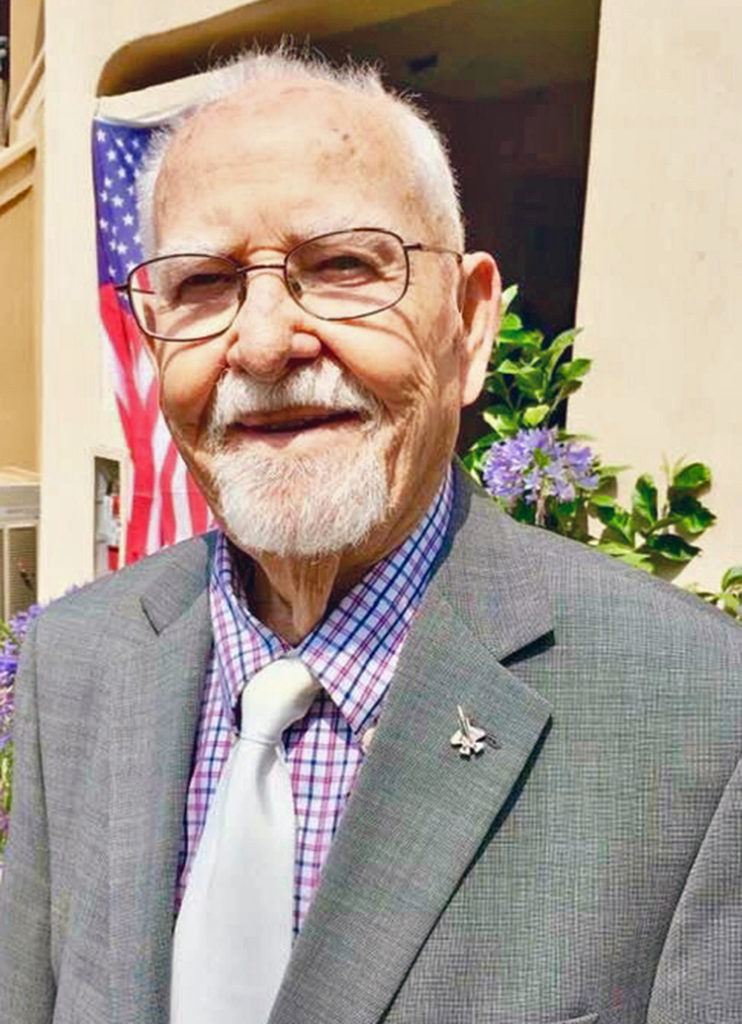 Leonard was born on December 21, 1926, in Salt Lake City, Utah, to John Eastwood and Amy Diggle Eastwood.  His family moved to Long Beach, California, when he was two years old.  He has 5 brothers and one sister, who all preceded him in death but has one living brother, Richard.  Leonard was always very proud of his British heritage.  All of his brothers served in different branches of the military. Leonard joined the Navy during WWII when he was 17 and loved telling stories of his Navy years to his children and grandchildren.

Leonard married Shirley Ann Detrick on June 29, 1947, and were married 70 years and 5 months.  They lived in Compton, California, for several years and in 1950 moved to Downey, California, where they raised 9 children,  moved to Mission Viejo in 1974, where they resided for 40 years. Leonard was always so proud of his children and their accomplishments and supported them in every event or activity over the years.

Leonard worked at Hammond Lumber Company for many years, then moved on to structural design engineering at Fluor Corp. in Los Angeles and Irvine, California, for over 40 years.  He loved his working career and made many friends who he kept in touch with over the years since his retirement at age 75.

Leonard was very proud of his membership in The Church of Jesus Christ of Latter-day Saints.  He always expressed that one of the highlights of his life was being married and sealed in the Los Angeles Temple to Shirley in 1958, creating an eternal family.  Leonard enjoyed every church calling, especially when he served as Stake Clerk for 12 years in the Huntington Park Stake, as a High Councilor in the Mission Viejo Stake for three years, and as a Bishop of the Mission Viejo 2ndWard for six years. He and Shirley loved every calling working with the youth.  Since his retirement Leonard enjoyed working with wood and many family and friends have been the recipients of his creations, he enjoyed walks to the beach and yoga at the senior center in SJC.  Leonard and Shirley delighted family and friends as Santa and Mrs. Clause for over 40 years, some of their fondest memories as they loved the holidays.

Leonard will certainly be missed as he affected many lives with his acts of love and service over the years.  He was beloved by all who had the privilege of knowing him.

Leonard and Shirley Eastwood have 9 children, 33 grandchildren and 74 great-grandchildren and 1 great-great grandddaughter. Leonard’s funeral service was held on Saturday, November 3, 2018, exactly one year of Shirley’s passing.  A military tribute in honor of Leonard was held at Rose Hills Memorial Park in Whittier, California, following the funeral service. Thank you to O’Connor Mortuary for the funeral arrangements.