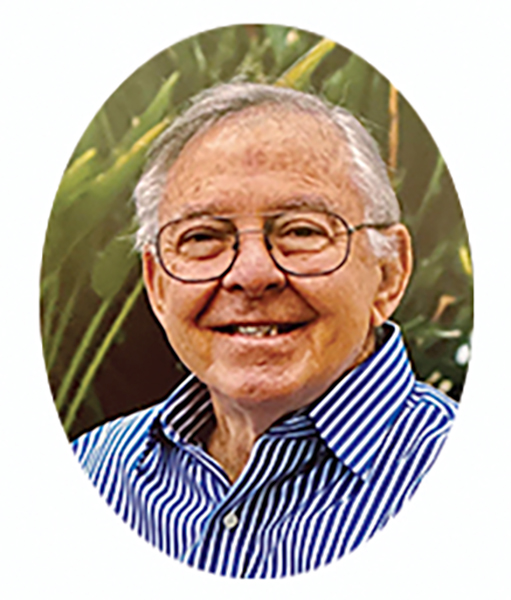 Dick moved often with his parents, as his father was involved in construction in various locations, as well as base housing for our service men. After his parents divorced, he and his mother settled in Claremont, Ca. with his mother and stepfather. Entering Claremont High School in his sophomore year. He was Sr. Class president and part of his high school orchestra (Drum and Tympani) and was chosen to be part of a four-county Honor Orchestra. During high school he learned to fly small aircraft. Dick attended Whittier College with a school scholarship from George Allen for football and basketball. It was during basketball season that he was found to have Diabetes. A member of the Orthogonian Society at Whittier, he decided that if he couldn’t become a player, he could be a cheerleader, A cheerleader squad that is still thought to be the best, even today.

He decided to go into Elementary Education and worked to receive his master’s degree.

On June 5th 1959, Dick married Jeanne (Marilyn) Yates and moved to San Clemente in August of 1965 with two small boys and become part of the newly formed Capistrano Unified School District. He soon became a beloved school principal – respected by both teachers and students alike. He retired in July of 1985, but by 1986, decided to become a substitute teacher. The kids loved him, and as he would approach the middle school stairs (next to Truman Benedict School) the kids would run down to ask him “Whose class are you going to be in today?”

His family consists of four children (Bobby, Kevin, Kim and Kristen), Eleven grandchildren (ten boys and one girl) four great grandchildren and another on the way.

A man beloved by so many who will be missed!!

A Celebration of Life memorial will be held at Pacific Coast Church in San Clemente on August 3rd at 5:00 PM. All are invited.