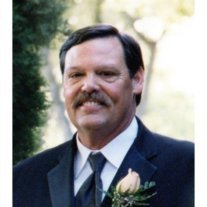 Filbeck, Leon Douglas, age 63, of Lake Forest, passed away on Sunday April 28, 2013 after a courageous eleven year battle with leukemia.

Leon was born in Santa Ana, CA on November 10, 1949. He was a graduate of Santa Ana Valley High in 1967 and received a bachelors of arts at Cal State Fullerton.

Leon played minor league baseball with the Cleveland Indians from 1968-1972. He was an avid fisherman, award-winning homebrewer and master barbecuer. His passion was life, his family and his many friends.

The graveside service celebrating his life will be held at El Toro Memorial Park, 25751 Trabuco Rd, Lake Forest, 92630 on Friday, May 3 at 11:00 AM, to which family and friends are invited to attend. Leon will be forever loved and missed.