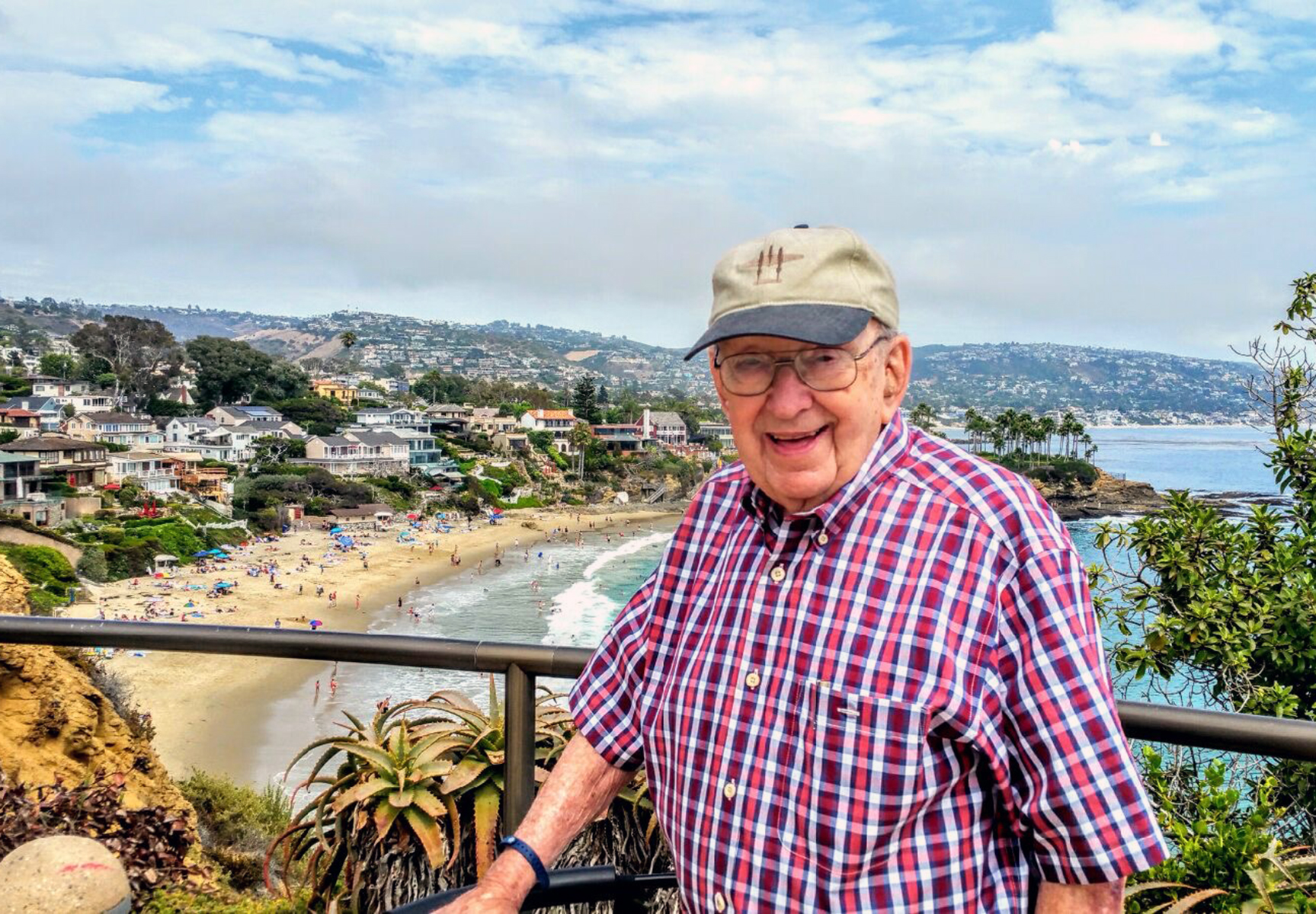 The pinnipeds and pelicans of Dana Point Harbor, Calif., have lost a friend: Leo Francis Spector breathed his last on October 23, 2020, losing his struggle with COPD.

He began his long and eventful life on Nov. 10, 1923, in Kansas City, MO. Raised by his immigrant mother, grandmother and two aunts, he was surrounded by love and attention.

At an early age, Leo became fascinated with airplanes and flight. So when the war came calling, he knew which branch he wanted to serve: the Army Air Corps. He won his wings with Class 44-E at Williams Field in Arizona in May 1944 and joined the 13th Air Force’s 347th Fighter Group (68th Fighter Squadron) on Palawan Island in the Philippines. When his engines failed on his first combat mission, Leo miraculously survived the ensuing crash, which never diminished his romance with aviation, particularly with the P-38.

Immediately after the war, Leo earned his Bachelor of Science in mechanical engineering from University of Kansas. He applied his technical skills to paper, joining the staff of Machine Design magazine in Cleveland, Ohio, in the early 1950s. There, he met and golfed with circulation manager Pauline Herndon. They married in 1953 and relocated to the Chicago suburbs in 1960.

Widowed in 1966, he married family friend Joanne Williams in 1968. His family of two young girls then became a family of five (two boys and three girls) and together, he and Joanne survived raising five teenagers during the 1960s and 1970s. When Joanne passed away in 2017, he described their married years as a 49-year honeymoon. Their life became a satisfying collage of travel, music, theater and family.

He earned many accolades during his three-decade-long career as a business press editor. He retired as the highly respected executive editor of Plant Engineering magazine. He would remember an interview he once conducted, where the subject referred him to “the bible” on the discussion topic; it was an article that Leo had written some years prior. His editorial staff was devoted to him and stayed in touch until the end.

After Joanne’s death, he relocated to Laguna Beach, Calif., to live with his daughter and family. In his later years, he would usually be found doing the Jumble in the morning and raising his blood pressure during the rest of the day as he watched the news.

Survivors are his daughters, Cathie McGowan, Anne Williams and Amy Nickoloff; sons Mark Williams and Jay Williams; eight grandchildren; and nine great-grandchildren. He will be interred next to Joanne at Trinity Episcopal Church’s Columbarium in Wheaton, Illinois. The memory of his humor, his honesty, his gentleness and his generous spirit will live on forever.

In lieu of flowers, please consider a donation to your local Honor Flight chapter, https://www.honorflight.org/