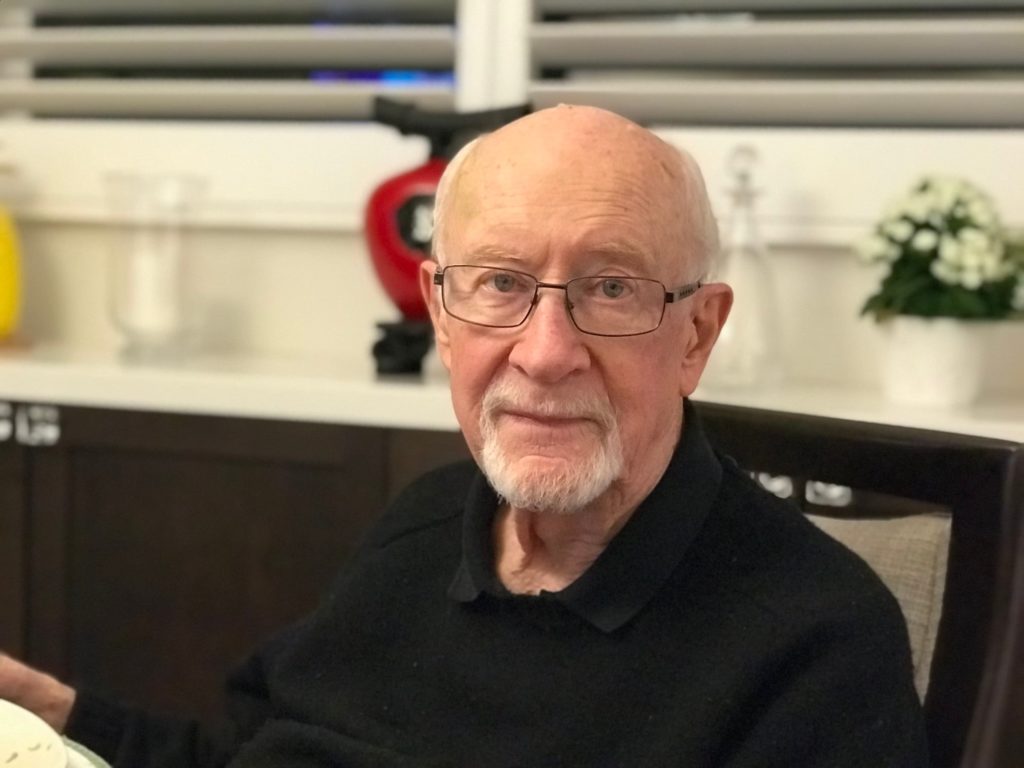 Leo (Lee) Edward Kreter, passed away peacefully on Saturday, April 16th, 2022 at the age of 88 in Laguna Woods, California, after several years of declining health.

Lee was born and raised in Rochester, Minnesota, the only child of Edward and Dorothy Kreter.  Always interested in classical music, he received a BA in Music from Carleton College (Northfield, MN).  After his wedding to Marianne McMillan of Vancouver, BC, Canada, Lee and Marianne moved to upstate New York where Lee earned a Master’s and Doctorate degree in Music Arts from Cornell University (Ithaca, New York).

He went on to teach music at Wichita State University, California State College San Bernardino, and for 36 years at California State University Fullerton, where he also served as Chair of the Department of Music for 7 years, retiring as an emeritus professor at the age of 71.  Teaching was a passion of Lee’s from an early age, and he inspired music majors to absorb his grasp of music theory.  Not finding a suitable textbook, he authored the two-volume series, Sight & Sound: A Manual of Aural Musicianship.

Marianne was the love of his life.  They were married for 68 years, during which time he enjoyed Marianne’s interior design business and their pleasure in design, art and architecture.

Hailing from Minnesota, Lee was a lifelong Lakers basketball fan, and the family enjoyed many home games at the original Forum in Inglewood, CA.  Outside of the home or concert hall, Lee and Marianne played tennis for decades at the Newport Beach Tennis Club and they were avid followers of grand slam tennis events.

He is remembered by his family for his work ethic, his moral backbone, his intelligence, his kindness, his pride in his children and grandchildren, his keen sense of absurd humor, and his encouragement for each to pursue their interests.