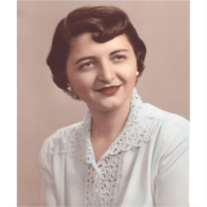 Lee Perri Velardi, retired Professor of Foreign Languages, LA Valley College has died. She was 93 years old. Born in Decollatura, Southern Italy on December 28, 1922, she was the first daughter of Francesco & Giuseppina Perri. Mr. Perri left Italy for Canada in 1923 & two years later was admitted into the US (his goal) where he found employment in Akron, Ohio. In 1934, he called for his family in Italy to Akron where they established residency.

Speaking only an Italian dialect, young Lena was enrolled in a public school completing grades 1-8 in three years. She completed High School in four years graduating in the top ten in her class. By their request, she became commencement speaker.

About 1950, Lena met Ernest Velardi also a teaching assistant studying for a Master of Fine Arts degree with a major in Painting. However, in 1951, Lee, as she preferred to be called, accepted a teaching position at the College of Mount Saint Joseph in Cincinnati, Ohio while Ernest continued his studies at Illinois – carrying on a long distance courtship with Lee. His courtship was rewarded in June of 1952 when they married in Akron, Ohio the home of her parents. An exciting three months honeymoon was spent in Europe before Lee & Ernest returned to the US & Cincinnati where they found an attic apartment, their first “home” together.

Lee continued teaching at Mount St. Joseph while Ernest discovered a position in the Department of Art at Western College, Oxford, Ohio near Cincinnati. They soon left the attic rooms for more comfortable space remaining in Cincinnati five happy years.

In 1956 Ernest applied to the expanding California State College System for a teaching position with success, so in the summer of 1957 the Velardis left Cincinnati for the San Fernando Valley and Northridge where the future California State University was located. He began his career at CSUN as an Assistant Professor of Art.

Lee quickly found a teaching position at Monroe High School in Northridge becoming its Language Department, first chairperson. But in 1964, she was offered a teaching position at Valley State College, not yet CSUN and remained there until 1980. During that time she helped to initiate a new program in the Italian language while continuing her responsibilities in the Spanish program.

It was in 1980 that Lee left (now) CSUN for LA Valley College (Van Nuys) for a tenure-track position in the Department of Foreign Languages assuming responsibilities for Spanish classes. Her years at Valley College were fulfilling and where she was well esteemed for her abilities. She retired as a Full Professor.

The Velardi’s traveled frequently with their children including trips to Mexico, but the most memorable occasion was a six-week visit to Italy allowing a special stay in the town where Lee was born and introducing the children to relatives still living there.

Many mourn Lee Velardi’s loss especially her husband, daughter Gina, son Michael and his wife Janiece, grandchildren Evelyn and Tai Velardi, brothers Angelo and Dominic Perri, sister Yolanda Petroski. Although Ernest continues to survive, he finds that memories do not console or fill a place in his heart recently made empty.