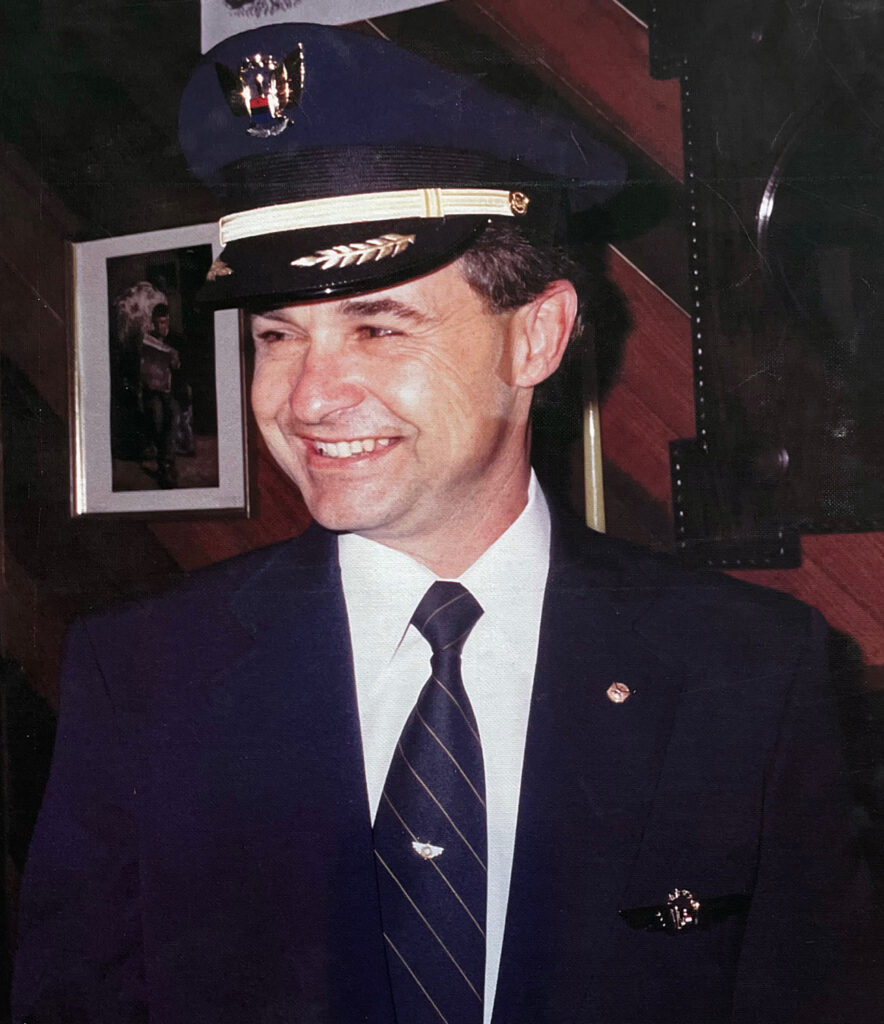 Lawrence “Larry” Liguori, 80, of Laguna Woods, California, passed away peacefully on May 22, 2022 in Fountain Valley, California, after an extended battle with Alzheimer’s Disease and associated dementia. He is survived by his wife, Robin Liguori, his three children Tracy Liguori, Christopher (Veronica) Liguori, and Marol Liguori, as well as his grandchildren Breanna, Lauren, Kendrah, and Avery. To his very special extended family of Irvin and Nancy-Fox Fernandez and their son Ethan as well as Ryan and Amy Fox and their children Spencer and Kris, Larry was affectionately known as “Bapop.”

Larry was born on November 16, 1941 in Brooklyn, New York, to parents Pasquale and Madeline Liguori. They moved from New York to California when he was a grammar school student. It didn’t take long for Larry to find his passion for aviation and to tenaciously pursue his boyhood dream of becoming a pilot. As a teenager, he took lessons in gliders and single engine aircraft, and later became a flight instructor at El Monte Airport. Larry studied at Mt. San Antonio College before enlisting in the U.S. Navy in 1963 where during his four year tenure he was stationed at Roosevelt Roads, Puerto Rico. Larry was attached to the prestigious VC8 Squadron flying F-8 Crusaders.

In 1969, Larry began his commercial aviation career when he was hired by United Airlines. During his long and distinguished career at United, Larry took pride in flying most of the aircraft in the entire Boeing fleet, as well as aircraft by McDonnell Douglas and Airbus. He had a lot of fun with his commercial piloting profession and often set speed records between major cities like Los Angeles and London. Larry retired from United in November of 2001 and was honored with a water salute on his last departure from Los Angeles International Airport. Larry continued to share his passion for flight as a volunteer at the Palm Springs and Lyon Air Museums where he enjoyed working as a docent, teaching both children and adults about the marvelous history of American aviation.

Larry and Robin shared many beautiful years together in retirement. Larry was president of the Coachella Valley Hiking Club in Palm Springs and Robin and Larry led hikes for the club. Mt. San Jacinto was in their backyard. They enjoyed hiking trips with the club to the French and Swiss Alps, Patagonia, Costa Rica, Machu Picchu, and New Zealand. Their most unforgettable moment was in Nepal when Mt. Everest first came into view from the Khumbu trail.

During the last five years of his life, Larry could be found either on the pickleball court, where he loved to share a game and a smile with just about anyone, or on the dance floor where he could still “cut a rug.”