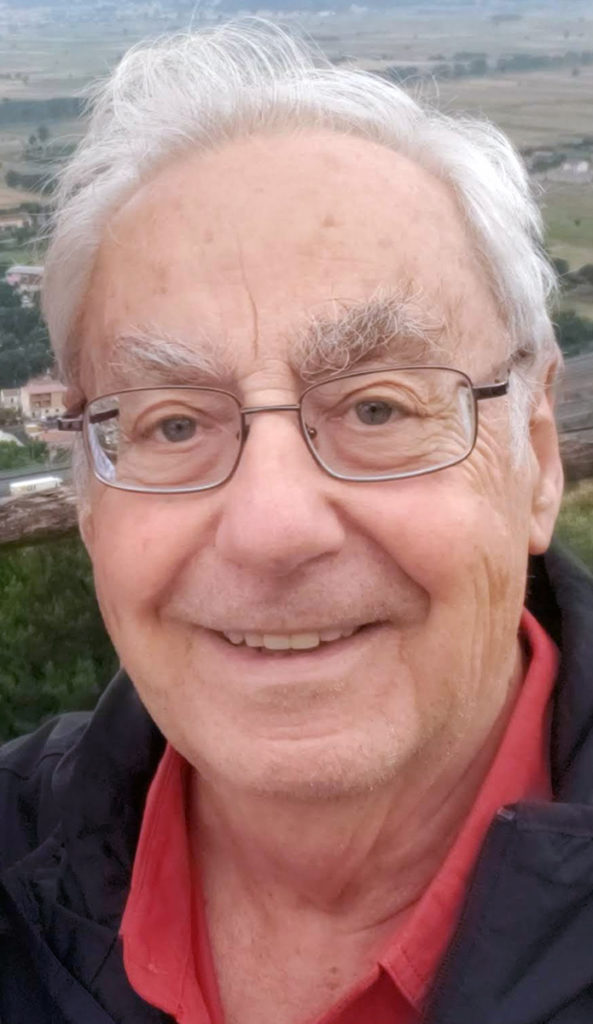 He was born November 30, 1937, in Brooklyn, New York. After graduation from Erasmus Hall High School, he pursued a degree in engineering from Union College in Schenectady, N.Y., and earned a doctorate in engineering from Yale University in New Haven, Connecticut in 1966. As an engineer, one of his proudest accomplishments was an innovative report on gas pipeline simulation for the American Gas Association in 1970. He then pursued a successful management career in the electronics industry, retiring as vice president of marketing and general manager of the printer division at Toshiba TEC America in Torrance, Calif.

A resident of Lake Forest since the mid-1970s, Larry was a longtime member of the Beach & Tennis Club. He was an avid baseball player in his youth and later picked up tennis as an adult, making many of his closest friends through the game. He combined a love of teaching and support for youth sports as a volunteer referee instructor and as director of programs at the American Youth Soccer Organization in Torrance. Larry also applied his computer skills to develop referee training software and a website for the local region. He shared his passion for teaching with his children, of whom four are trained educators, ranging from elementary school through college.

Larry treasured the people around him. He was a more than capable cook, but what he enjoyed most was sharing his table with family and friends. Over an Italian feast or a cup of black coffee, he delighted in a good argument, often driving friends and family nuts in the process.  Larry also loved sharing vivid stories from his past, often starting a long, detailed recollection with his favorite phrase, “To make a long story short,.” He was a skilled woodworker, filling the house with custom furniture pieces and, in his final years, lovingly designing toys for his grandchildren.

A memorial service will be held Sunday, August 22, at 10 a.m. at O’Connor Mortuary in Laguna Hills, Calif., with a reception to follow at the Beach & Tennis Club in Lake Forest. All are welcome. Burial will be at Kensico Cemetery in Valhalla, N.Y. In lieu of flowers, donations can be made in Larry’s honor to Serving People in Need (www.spinoc.org).