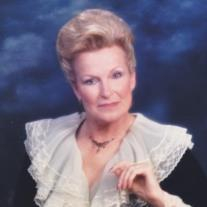 Laura Ann Wilcox Manazir passed away peacefully at home accompanied by her husband, Bud, and her closest friend. Her gallant battle with multiple myeloma ended at 9:45am, Thursday, January 15, 2015…two days after her 79th birthday. Whether you knew her as Ann, Annie, or Laura, she filled your world with grace, love, and the most perfect sense of humility and savoire faire. She saw the best in everyone and fought through her pain with an insatiable sense of humor, even silliness at times. Her smile melted ice.

Annie was born in Waterville, Maine, travelling the state with her family as her father, Henry accepted various teaching assignments. Her high school years were spent in Bethlehem, New Hampshire, where she met future husband Bud, embarking on a journey with him that spanned six decades.

Annie attended the University of New Hampshire for a time, but college was not to her liking. In 1956, she chased a dream to the American Air Lines stewardess school at O’Hare Airport in Chicago, but life led her in another direction and she worked for the Federal Fish and Wildlife Service in Annapolis, MD, while spending weekends with Bud during his last two years at the U.S. Naval Academy, providing a warm kitchen and many delicious meals for Bud and his classmates, forming life-long friendships.

Annie and Bud were married in Boston in 1958 and spent the next 20 years roaming the world courtesy of the U.S. Marine Corps. Mike joined the young Marine family in Quantico, Virginia, in 1959 and Chris arrived two years later, 1961, in Twenty-Nine Palms, California. There were many great experiences in their travels, but perhaps Laura’s favorite time during Bud’s career was spent riding the hills and dales of the English countryside on her favorite horse, Fortune, with her English stable owner friend, Eden, while Bud was assigned to RAF Wattisham, near Ipswich, England. In 1976, Laura moved with Bud and the boys to Mission Viejo, California, where Bud retired from the Marines and the boys began their adult lives.

For fifty-six years of marriage, Laura Ann was the quintessential lady, Marine wife, and friend to all. She loved living in Mission Viejo, where she provided solace and care to her many patients as Dr. Roger Guevara’s OB/GYN back office medical assistant for twenty years. Her work and her love for boxer dogs formed two of the greater pleasures in her life. She enjoyed traveling, especially during those few years when she and Bud could take their motor home to a favorite destination, free to travel when and where they wanted.

Laura had a special love for children and enjoyed making them giggle. Her sense of humor was always just below the surface. Sometimes, it would burst forth in the form of a frog noisemaker in her purse in a crowded elevator, or even mailing water balloons to Mike while he was at the Naval Academy, describing exactly how they were to be employed. Through the toughest of times, it was her sense of humor and her undying faith in the Lord that sustained her.

Laura’s loss leaves us with the memory of her grace and the enduring belief that she smiles down on us from a better place. She leaves this life with her angels, survived by her husband Bud, sons Mike and Chris, granddaughters Megan and Katherine, grandsons Ryan and Kevin, great-grandsons Kaleb and Jaxon and sister Toby Peratrovich.