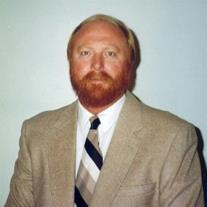 Larry Lee Hall, 68, born in Peoria, IL, passed away November 10, 1:23 PM in Newport Beach, CA. He is survived by his mother Glenna Hall, Hanna City; his brother George (Loretta), Peoria; his nephew Randy, Warsaw, IN; and his niece Linda (Sheri), East Dubuque, IL. He is preceded in death by his father Robert “Bob”.

He lived in Hanna City, attended Hanna City Presbyterian Church, graduated from Elmwood High School, and attended Taylor University before enlisting in the Army. He served in the 18th Military Police Brigade during the Vietnam War and after moved to Irvine, CA where he lived since 1970.

His cremains will be placed at the Riverside National Cemetery in Riverside, CA with the assistance of the O’Connor Mortuary in Orange County, CA. There will be no service.

Friends and neighbors referred to Larry as the nicest man they ever knew. A handyman by trade, he enjoyed woodworking and all things mechanical, as well as time outdoors, especially in the desert.