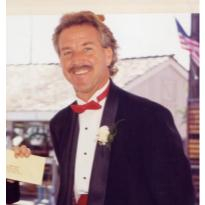 Larry Fesler, 57, died on the 25th of December, 2007 in Newport Beach, CA after a short illness. His funeral service will be held this Thursday at 8:30 A.M. at the San Francisco Solano Catholic Church in Rancho Santa Margarita followed by a reception at the Coto de Caza Golf & Racquet Club.

Mr. Fesler was born on the 9th of December, 1950 in Ohio to Carl and Louise Fesler. He was the Vice President of Stores for Pacific Sunwear of California. As a senior executive for nearly 14 years, Larry was a significant contributor in the company’s continued growth and success. He was instrumental in the company’s expansion from 85 stores when he started, to an excess of 1100 stores when he passed.

Larry joined the Coto de Caza Golf & Racquet Club in 1987. As one of the original members, he established lifelong friendships and eternal bonds with those who are proud to call him both friend and brother. His passion for the game resembled his passion for life in that he always persevered and strived to win.

He married Diane Fesler on October 3, 1992, and went on to raise a son and a daughter. They started their life together in Dove Canyon in 1991 and later moved to Coto de Caza in 1998. His family paid this tribute to him, ?Larry was the voice of reason and lived his life by the Golden Rule. He was a loving husband and a dearly loved father who was unconditional in his selflessness and he will be profoundly missed.?

He is survived by his wife, Diane, and two children, Kyle and Corrinne. Arrangements courtesy of O’Connor Mortuary. His family requests that in lieu of flowers, donations are sent to the American Cancer Society.