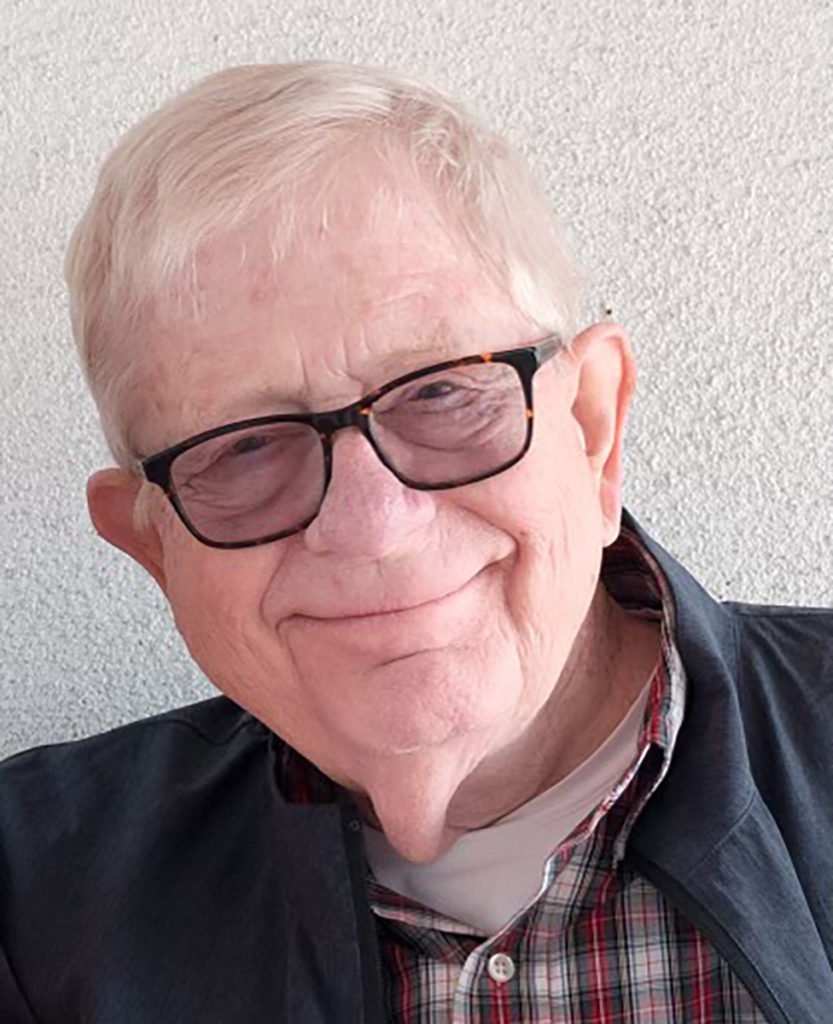 Lamar Mott Hill died peacefully on Thursday, September 2, 2021 in Corona del Mar, California surrounded by his family. Lamar was a long-time resident of Irvine, CA where he was a Professor of History at the University of California at Irvine (UCI) since 1968.  Born in New York City, New York on February 23, 1938, Lamar was the only child of his parents, Edith (Mott) Hill and Thomas Cobb Hill who raised him in the Greenwich Village.  Lamar attended Grace Church School for elementary and middle school, where he was a choir boy, forming friendships that lasted a lifetime.  Lamar’s father died of complications related to a stroke while he in high school at St. Peter’s School, Peekskill, New York. After graduation in 1956, Lamar attended Kenyon College, in Gambier, Ohio graduating in 1960.  He later attended law school at Cornell University but changed direction and decided to be an English Historian. He received his Masters at Case Western Reserve University, Cleveland, Ohio; and his PhD from the University of London, London, England in 1968.

During his freshman year at Kenyon, Lamar was set up on a blind date with a freshman from neighboring Ohio Wesleyan, Ellen Ratkovich.  This was the beginning of a 65-year love affair, dating for 4 years before marrying in 1960. Lamar and Ellen lived in Ithaca, New York; Cleveland, Ohio and London, England before moving to Irvine, California in 1968. It was in Irvine, where that Lamar taught at UCI for thirty-nine years and together with Ellen raised their two children.  Lamar and Ellen were active members in several Episcopal churches in California beginning with St Michael’s and All Angels in Corona del Mar, St. Andrews in Irvine, The Messiah in Santa Ana; St Michael’s and All Angels, Studio City where Ellen was an Episcopal priest; and most recently St. James in Newport Beach.  Lamar enjoyed socializing with Ellen and their friends spanning sixty years; attending the symphony and traveling.  Lamar and Ellen shared a passion for travel, visiting 5 of the 7 continents exploring museums, visiting historic and geographic sites and absorbing different cultures. Lamar loved being a father. He actively supported his children from volunteering as a soccer coach or Boy Scout leader to always taking interest in their lives.

Though his last few years were difficult, Lamar never stopped his love for people, music, his faith, family dinners and vacations and Angels baseball. He loved his four grandsons, always excited to hear about their baseball/soccer/rowing adventures and was always prepared with a story or anecdote to share with them. He is survived by his beloved wife Ellen, and two children Anne Hill of Portland, Oregon, and Andy Hill (Meredith Fisk) of Newport Beach, California. He is also survived by grandchildren Thomas and Matthias Junker and Hayden and Brycen Hill as well as many cousins, nieces, nephews, and dear friends.