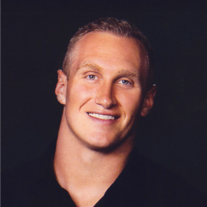 Konrad Albert Reuland, 29, of San Juan Capistrano, California, passed away on December 12, 2016 of a brain aneurysm.

Konrad was born on April 4, 1987 in Springfield, Ohio and was raised in Southern California. He graduated from Mission Viejo High School in 2006, where he played football and basketball. He received a Bachelor of Arts degree in Communications from Stanford University in 2010, where he was also a member of the football team.

Konrad played in the National Football League for 5 years with the San Francisco 49ers, New York Jets, and Baltimore Ravens. While playing in the NFL, he attended the NFL Business Academy at the University of Michigan Ross School of Business.

He enjoyed spending time with his family, eating, sports/training, going to the beach, watching TV, and video games. He also had an interest in real estate and recently purchased an apartment complex in San Clemente, California.

Konrad is survived by his father Ralf; mother Mary; brothers Warren and Austin; grandparents Albert and Ingrid Reuland; and many aunts, uncles, and cousins.

Konrad is preceded in death by his grandparents John “Bud” and Arlene Puchalski and his uncle James Puchalski.

The vigil will be held on Thursday, December 22, 2016 at O’Connor Mortuary in Laguna Hills, California from 7-9 pm.

The funeral will be held on Friday, December 23, 2016 at St. Edward’s Catholic Church in Dana Point, California at 10 am. This will be followed by the internment at Ascension Cemetery in Lake Forest California.