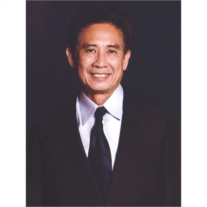 Kha Nguyen was born on May 25th, 1952 in Vietnam. He spent four years studying mathematics in Japan during his early 20s before earning his bachelor’s in electrical engineering at the University of Florida. He moved to California where he met his wife Jennifer. He worked for almost forty years as an electrical engineer, earning awards and patents among other accomplishments.

Kha was the best husband of his wife, father of his two daughters, Monika and Olivia, and owner of his late dog, Roxie. He was honest, wise, and kind. He was beyond selfless not just towards his family, friends, and coworkers but also towards acquaintances and strangers. He spent his whole life caring for and putting others before himself. He was a husband who would stay up all night tending to his newborn first daughter, insisting that his wife rest. He was a father who would straighten his daughters’ hair and stay up all night helping them with their school projects. He was an owner who hand sewed socks for Roxie. In his spare time, he loved playing tennis, volleyball, and ping pong with his coworkers.

Kha passed away peacefully at home with his family around him on April 6th, 2017 after a long, courageous battle with cancer.