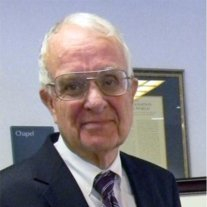 Ken was born in Salt Lake City, Utah, the son of Kenneth Roosevelt Neeley and Maude Groberg Neeley. He had seven siblings, Lenore, Joanne, Marilyn, Susan, Christine, David, and Jonathan. He worked alongside his father in his electronic supply business and was only 18 when his father passed away, leaving his mother with 5 children at home, the youngest just 3 yrs old. Ken attended Irving Jr., East High School, and the University of Utah, graduating with a degree in finance and accounting, later passing the CPA exam. He served an honorable mission to Hawaii, returning in 1957.

He met and married Nola Jeanette Peterson in September 1958 while they were both attending the University of Utah. They graduated together in 1961, with two little boys in their arms, Robert & Scott. The young family settled in Salt Lake where Ken worked as an auditor for the US Government. Ken and Nola were blessed with six children-five sons – Robert, Scott, Brian, Matthew, and Nathan, and one daughter Nanette – born in Seville, Spain. Ken and Nola made close friendships as they traveled and lived in many places, including Seville, Spain.

After leaving Spain they settled in Monrovia, California where he worked for several years in the healthcare and import/export businesses. All 6 children graduated from Monrovia High School. Ken was involved in scouting, and he loved golfing and fishing. Their cabin on the Snake River in Idaho was a haven of fishing and family unity. The sorrow at losing his oldest son Robert in 1984 served to strengthen the family bonds with an increase of love and faith in the Lord Jesus Christ and the Plan of Happiness.

Ken was a lifelong member of the Church of Jesus Christ of Latter-Day Saints. He was a great man with deep spirituality, integrity, and love for all. He served faithfully and well in a number of callings including Scoutmaster, Ward Clerk, High Priest Quorum Leader, Bishop’s Counselor, Bishop, Patriarch, and Mission President to Chicago, IL. On moving to San Diego after his mission, he worked seven years as Recorder in the San Diego Temple, retiring in 2000. He and Nola then served two missions to Salt Lake City, with CES and a year on Temple Square during the winter Olympics.

Aliso Viejo, Orange County, CA became home to the Neeleys in 2002. Welcomed with open arms, he loved it here. He especially loved golfing with his buddies in Laguna Woods, searching out his ancestry, serving in the Newport Beach Temple, and enjoying his grandchildren. In 2005, he suffered a subdural hematoma, requiring brain surgery, but he fought hard to gain lost skills and abilities. Gradually he lost much mental capacity but the resulting dementia was faced with grace and gratitude.

Ken resided for a short two months in Southwoods Lodge – a wonderful memory care neighborhood within Hillcrest, a retirement community in La Verne, where he was tenderly cared for by a team of caregivers and his son, Matthew. The staff cared for him as if he were their own father, brother, and friend. Love and tears encircled him as he left. We want to thank the staff at Southwoods Lodge, Saddleback Hospice, and especially Evergreen Hospice – who tenderly cared for him his last three days.

Ken came home on December 23, 2013 for one last Christmas with his dear Nola, his wife of 55 years. His family of 5 living children, 22 grandchildren and 1 great granddaughter gathered to send him Home in love and tears. He died in the afternoon of December 26, 2013, surrounded by his five children. What a joyful reunion it must have been in heaven to embrace his father after 60 years, his mother after 36 years, and his son Robert who died in 1984. Heaven rejoiced when Kenneth Roosevelt Neeley, Jr. returned Home! Well done, thou good and faithful servant, may the good Lord bless and keep you ’til we meet again.

Please join the family for a memorial service on Saturday January 4th at 10 am at the Laguna Niguel Stake Center of the Church of Jesus Christ of Latter-Day Saints. 22851 Aliso Creek Road, Aliso Viejo, CA. Ken will be buried next to his son, Robert, at Rose Hills Cemetery in Whittier. Funeral arrangements are under the direction of O’Connor Mortuary in Laguna Hills.