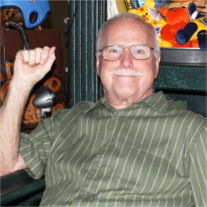 Kenneth “Max” Burns, 79, of Rancho Santa Margarita, California, passed away peacefully in his sleep, on April 3, 2016. Max was born in Tulare, California to the late Fred and Jewell (June) Burns on March 20, 1937. He graduated from Thomas Downey High School in Modesto, California in June of 1955. One week after graduation he enlisted in the U.S. Air Force. His Uncle Jack served in the U.S. Air Force and was the greatest influence on his military career. While in the Air Force, and later with the United States State Department, Max traveled to Germany, New York, Italy, France, Austria, Holland, Belgium, Luxembourg, Spain, England, Alaska, Vietnam, Pakistan and the Philippines. Later, he transitioned to a new career in safety engineering and moved his family to Alaska. While working in Alaska, he was hired to work on the Valdez, Alaska oil spill. He was then hired by Arco Alaska and worked as a safety engineer while living on Hainan Island in the South China Sea. He then returned to Alaska and worked in the oil and gas business until he retired and moved to Southern California.

Max is survived by his spouse, Donna Burns; son Bob Burns and his wife, Kim; daughter Paris Clark and her husband Brent; daughter Catherine Burns; stepson, Steve Vlahos and his wife Theresa; and stepdaughter, Shawna St. Louis; seven grandchildren, Tyler, Amanda, Hannah, Madeline, Haley, Chase and Trista; along with several nieces and nephews and their children. He is also survived by other relatives and friends who loved him dearly.

Max is preceded in death by his first wife, Diane V. Burns, and his sisters, Melba Selsted and Gail Burns.

The family of Max would like to thank his medical team and Salus Homecare that attended to him so tenderly and sweetly during his final illness.

Max’s funeral services will be held at 12:00 p.m. on Sunday, April 10, 2016, at El Toro Memorial Park in Lake Forest. Funeral services are being handled by O’Connor Mortuary-Laguna Hills.