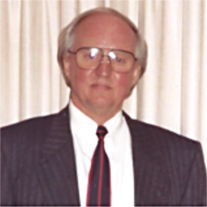 Kenneth I. Battram, a successful Builder/Developer, passed away Wednesday July 13th, peacefully in his home surrounded by family and friends. He was 81.

Ken Battram began his Real Estate career 53 years ago, when he formed Sunnyglen Corporation. Sunnyglen grew into a successful and prominent residential/commercial development company during the 1980’s. He planned numerous residential communities, as well as commercial centers throughout the areas of the South Bay and Valley. Ken was quoted once as saying “to be successful, you have to be willing to put your toes on the edge of the cliff” and that was evident in his business dealings throughout his career. In 2004, he suffered a massive stroke that ended the day to day management of his company.

Along with his love of Real Estate, was his passion for fishing. One of his defining moments was the creation and construction of his cherished fishing yacht, which he proudly named “The Legend.” He shared many happy memories with family and friends on the “Legend’s” numerous trips to Mexico and Alaska.

He was an unforgettable man, whose contagious laughter, smile and lively spirit, will forever be cherished by those he met and loved. He was a dreamer, thinker and doer, a true legend.

Your memory will forever be treasured in the hearts of those who loved you. Until we meet again..