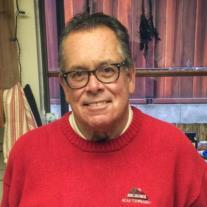 Keith Nicholas Lee Sr., a.k.a. Nick Lee, 71, of Los Angeles, California, passed away peacefully in his sleep early Sunday, October 18 at his beloved cabin in Lake Arrowhead, CA. Born in Compton, CA to Keith and Faustina Lee he lived most of his life in Orange County, California.

Nick Lee was a gregarious gentleman with an infectious smile that those who loved him will never forget. He proudly committed his professional life to the construction business in Southern California and leaves a very strong legacy, ending in the completion of the Expo Line train connecting downtown to Santa Monica. He was deeply committed to bettering society and held very strong political beliefs and aspirations. During his long tenure he helmed esteemed industry organizations such as the National Utility Contractors Association, the Engineering Contractors’ Association and was a management trustee for the International Iron Workers Trust Fund. He played football at Utah State University and graduated in 1967 as a Bachelor of Science. He was a proud supporter of his alma mater and a brother to his teammates.

Nick was a very strong and passionate man with a pure heart. He spent 47 years devoted to his beautiful wife, Julia Alice Sprague Lee. He was extremely proud of his three children: Keith Nicholas Lee, Jr “Nick”; Jason William Lee “Jado”, and Leah Lorraine Lee Murphy. He was even more proud of his four gorgeous granddaughters: Addison Harper Lee; Olivette Annabelle Lee; Scarlett Bluebell Grace Lee; and Freddie Alice Murphy. He is also survived by his sister Linda Lee Smith and her family.