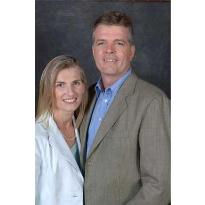 After a five year courageous battle with cancer, Keith passed peacefully on the morning of March 18th with his loving wife Sophie by his side. While we will mourn Keith’s passing, we all know Keith would simply not want it that way. Keith would say ?let’s get on with it? and want us to celebrate his life. All of us feel very fortunate to have had such an incredible person in our life. Keith was really the ?full package?, being a loving and patient husband, a caring son, trustworthy brother and the most loyal and thoughtful friend a person could have. More importantly, Keith was a great father to his four children, Jennifer, Adeline, Tristan and Connor. In Keith, you find all the characteristics of a great father with his tremendous patience, good boundaries, a teaching spirit and infinite love for his children. In a very busy society, Keith stood out as the dad who was devoted to spending the time with his children. Any event you went to, there was always a kid on Keith’s lap, perhaps not always one of his own, because he loved all children whether it be nieces, nephews, cousins, and close friends. The fact that children gravitated to Keith says it all, as children have keen instincts and quickly recognize the true qualities in people. As Keith might say, ?they were like bees to honey?.

His greatest interest as a boy was spending time on his grandparent’s wheat and cattle ranch outside Cheney, Washington. Even after moving to Southern California in grade school, Keith and his brothers spent every summer at the ranch. He was surrounded by many cousins, uncles, and aunts who also lived on or nearby the ranch. On the ranch, Keith and his brothers, Kevin and Kirk, learned what good old fashioned hard work was all about. Keith said there was always ?time for fun, and time for work?, and he never lost the belief that you make your own way in life and nobody owes you anything. On the fun side, the boys and cousins were always up to something, riding horses, branding calves, driving tractors, baling hay, fishing and plenty of mischief.

As a kid, Keith developed what became a lifelong passion for baseball, playing on numerous Little League teams. From his home in Santa Ana, he often rode his bicycle to Anaheim Stadium to root for his team, the Angels. Following the games he would grill the ballplayers for autographs outside the locker room. One of his greatest boyhood possessions was a baseball signed by Hank Aaron and Nolan Ryan. As he grew into his 6?4? frame, he used his height to his advantage and played basketball for Thunderbird High School in Phoenix, Arizona. His nickname was ?Doctor J?, a favorable reference to a then popular professional basketball player. Following high school, he returned to his family roots and enrolled at Washington State University. He became a lifelong Cougar fan with his loyalty finally rewarded by Washington State playing in the Rose Bowl in 1998 and 2003. Similarly, his lifelong loyalty through countless losing seasons for the Anaheim Angels also culminated in a World Series victory in 2002. Keith was not only at Angel stadium when the Angels dominated both the N.Y. Yankees and Minnesota Twins to earn a trip to the World Series, but Keith also flew to N.Y. to insure his beloved Halos prevailed. Keith attended several of the games at Angel Stadium, and of course the Angels finally had their World Series. Keith’s dream had finally come true!!

While his collegiate goal was to become a veterinarian so he could stay close to his rural roots, his plans were ultimately re-directed. Nevertheless, he not only continued to work on the family ranch on weekends and holidays, but his dedication to his grandparents was boundless as he would take them to social outings or into town for special dinners when they could no longer drive.

During his college years it was easy to see that ranching was Keith’s real passion. With cowboy boots and a cowboy hat, he stood almost 7 feet tall, and he was as graceful on the back of a horse as he was dancing to country swing. He was confident on farm machinery and knew what it meant to nurse a crop from seed to harvest. His dedication to animals was evident as he was always willing to birth a calf or provide medical attention, even when such aid was often required in the middle of the night in sub-freezing, snowy conditions out on an open range. One of the most memorable events of Keith’s life on the ranch was when he combined with his dad and uncle to win the ?Wild Cow Milking? event at the Cheney Rodeo. It required one person to rope the cow, one to ?bulldog?, and the third to milk the cow. These were clearly wild cows directly off the range and were neither cooperative nor domestic. Having had experience with literally hundreds of cows and bulls, the team was not to be outdone in front of hundreds of local friends and family.

As much as Keith liked sports, and having fun, his true success in life became apparent with the birth of his first daughter, Jennifer, in 1983. First and foremost Keith was a dad, deeply committed to demonstrating love, direction and kindness through the trials and tribulations of being a parent.

In 1990, Keith met Sophie, the true love of his life. As with many things, the circumstances of Keith and Sophie meeting are so funny and improbable, that it must be told by someone that was actually there. The phrase ?two for $22.00? will always have special meaning to those of us lucky enough to have been part of that first meeting. Sophie, a 23 year old French girl could be called courageous or naive for joining five much older bachelors for a ?road trip? to go whitewater rafting. It proved to be the beginning of a beautiful 16 year relationship where both Keith and Sophie brought out the best in each other. Sophie uncovered and cultivated the ‘sophisticated? side of Keith. In turn, Keith shared with Sophie what the meaning of being a ?true American from Cheney, Washington? was all about. They traveled the world together, spent time at the Belsby Ranch, fell in love and were married in1995. Their marriage was always a whirl wind of activity and just watching them live would make most people tired. Adventures included trips to France Sophie’s home, Spain, Ireland, Czech Republic, Australia, China, England and Italy just to name a few. They also brought the world to each of us. Attending a barbeque at their house or the beach was like a U.N. Convention with six or eight different languages being spoken simultaneously. Keith loved every minute of it, and would not have had it any other way.

In 1998 after many adventures as a couple, they started their family together. Adeline, the first born of Keith’s new family, arrived on March 15, 1998. Tristan joined the family almost two years later on April 16th, 2000, with Conner, following along on June 18th, 2002. Life did not slow down much. The kids were exposed to new adventures and both the American and French cultures. They were enrolled in the French American School and all speak French, English and Spanish. Keith loved his children deeply and was involved in every aspect of their lives, church, school, sports, and travels. He was heartbroken as his illness became worse because it limited the things he could do with the kids and the dreams of things he wanted to do with them as they grew up. Just one week before his passing, he was excited to attended Tristan’s Little League game, and be there for Adeline’s 9th Birthday. I know that we will all take the time to make sure that Keith’s children know what a wonderful person and father he truly was.

Besides the personal commitment to his family, Keith had a successful professional life as a Real Estate Appraiser and active Board Member of the Appraisal Institute. With a great desire to learn and grow professionally, Keith attended USC Marshall School of business and graduated with an MBA in 2001. Throughout his life, Keith always strived for balance and did an amazing job with his personal and professional life firmly sticking to his priorities. He kept that wonderful smile on his face and never seemed stressed, no matter how many balls were in the air.

As we remember Keith, maybe we can all learn from the way he lived his life. He considered himself successful in every aspect of his life on his own terms. He was constantly reaching out to friends and family and making them a part of his life. Each time he traveled he would send a postcard, a souvenir, or just a phone call from a far away place to say ?gosh I sure wish you had made this trip?. It was equally common to have Keith just drop by to visit, stating ?I was in the neighborhood?, or receive a phone call just to chat and see how you were doing. Keith had a near photographic memory for things like birthdays, anniversaries and we were always amazed when he would call out a birthday or anniversary of a friend happening that date. Another example of how he truly cared for others.

Keith always made the time to connect with friends and loved to spend time with people, whether on the golf course, watching football or baseball games, playing cards, or just simply long talks. We?ll miss those long afternoons and evenings of pure relaxation while Keith quietly spanked us in cards. He gave us all wonderful memories of those times together.

Words alone may not express how much Keith was loved and will be missed by all of us. Maybe the best way we can honor Keith will be by living our lives more in the way he did, to the fullest with our family and friends as our priority, with strong character, generosity, kindness and thoughtfulness.

Keith, we look forward to the day when we are all together again and get to see your big toothy grin welcoming us home. In the meantime, we will miss you terribly and will try and live up the example you have set for us all.

In lieu of flowers Keith has asked that any donations be directed to Habitat for Humanity, at www.habitat.org.